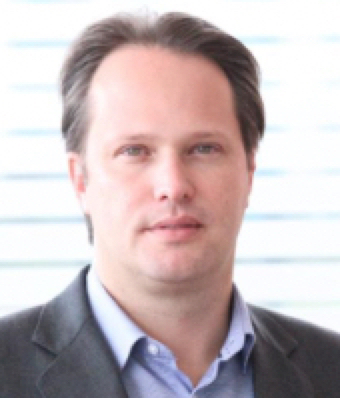 As a consequence of the war in Ukraine, various European countries, as well as the US and China have stepped up their coal imports in the short term, a situation that presents both opportunities and challenges for Colombia, which is a major producer of the fossil fuel.

Higher commodity prices due to the global economic recovery after the start of the COVID-19 pandemic have also helped stimulate a new wave of interest in Colombian mining projects to produce other metals and minerals.

In this interview, BNamericas talks with Juan Miguel Durán, the president of Colombia's national mining agency (ANM), about the opportunities arising from increased demand for coal, the situation of the Colombian mining sector and the studies being carried out to continue using high-calorie thermal coal for the production of low-emission blue hydrogen.

BNamericas. What opportunities and challenges does the Russia-Ukraine war generate for Colombian coal production?

Durán: Coal continues to be the main export product of the mining sector. In 2021 it represented 13.7% of Colombian exports, 58.1% of mining exports and 56% of Colombian mining GDP.

It's important to bear in mind that, in 2020, Colombia ranked as the fifth biggest exporter of coal and third in coke, thanks to a high-quality product, with low ash content, low sulfur dioxide emissions and high calorific value, aspects that are important differentiating factors for our product.

In 2021, there was a recovery in coal production driven by the rising price of Colombian coal, which in October reached an all-time high of US$215.40 per ton of thermal coal. The trend has continued in 2022 and a new high of US$289.59/t was reached in April, which has encouraged increased production and exports.

In addition to being the main export product of the Colombian mining sector, coal remains the country's second biggest export product, along with coke, which was the fifth-ranked export product in 2021 thanks to the increase in exports due to growing demand in international markets.

It should be mentioned that global coal production was unable to keep pace with the rebound in thermal coal demand since 2021, which reduced stock levels and raised prices, coupled with the energy crisis generated by international conflicts such as in Ukraine. The shortage of coal caused many countries to implement domestic policies to increase production and reduce the coal shortages, as well searching for new suppliers globally.

BNamericas: What are the main destinations for Colombian coal at the moment?

In Colombia, important requests have been received in the last year for the supply of coal to other countries.

Colombian coal sales are currently more concentrated on the Asian market, through contracts and long-term business relationships, so one of the challenges involved in the growing demand for thermal coal from European countries is based on establishing medium- and long-term business relationships, to guarantee new investments on the exploitation fronts that allow production to be increased.

BNamericas: How are the plans going to continue exploiting high-calorie thermal coal for the production of low-emission blue hydrogen?

This study will make it possible to assess the production of hydrogen from coal and analyze the possibilities of capturing, storing and using carbon in these projects, which represents an opportunity for the transformation of the Colombian mining sector.

The idea is to carry out an investigation of good practices and guidelines to follow for the development of blue hydrogen projects, focused on coal mines, and, with the results obtained, structure a project for one of the thermal plants in the north of the country, analyzing the viability of the technical and economic aspects of the projects, as well as the development of pre-feasibility studies.

BNamericas: How has the increase in mineral demand and prices favored Colombia?

Durán: The increase in mineral prices in recent years has stimulated the development of the country's mining potential, especially in relation to gold mining and base metals such as copper, increasing exploration activity, accelerating construction and assembly activities, and increasing the installed production capacity of the main gold projects in Colombia.

In general terms, the increase in the demand for and prices of minerals due to the global economic reactivation of 2021-2022 strengthened the country's mining production, which is clear when looking at the value of mineral exports, which in 2020 reached US$7.71bn FOB and in 2021, exceeded US$9.72bn FOB, representing 23.6% of the total exported by Colombia during the period.

Investments in the mining sector are expected to continue increasing, especially those related to gold mining and polymetallic projects involving copper.

BNamericas: Can high copper and gold prices help increase the appetite of mining investors in Colombia? What are the most prospective regions and projects?

Durán: A series of greenfield projects has been identified that are advancing in the different stages of the mining cycle. The start of production depends on several factors, including prior consultation in the appropriate cases.

The most outstanding projects in precious metals and base metals are located in the departments of Antioquia, Córdoba, Cesar, Risaralda, Caldas and Tolima, and the estimated dates to start production are between 2023 and 2024, Otú Centro, related to gold minerals and silver; 2024-2025, Gramalote and Quinchía La Cumbre, related to gold and silver minerals; 2025-2026: Quinchía Gold, Santa Ana, Atocha, San Matías, Quebradona, Anzá and Cesar, related to gold, silver, copper, zinc and lead.

Considering the current and medium-term conditions for the global gold and copper markets, we have a high degree of certainty regarding the increase in production and the entry of new players – both junior explorers and major mining companies that will promote important mining ventures for precious and base metals in Colombia.

BNamericas: What are the investment expectations for the mining sector?

Durán: It's important to state that, in the annual mining and exploration survey of Canada's Fraser Institute in 2020, for the first time Colombia was ranked as a leader in the indices of investment attraction, best practices and mineral potential in Latin America and the Caribbean basin, reaching second place in the same indices in the 2021 survey.

In addition to the above, according to Unctad's World Investment Report 2021, Colombia remains among the top destinations of Foreign Direct Investment (FDI) in Latin America, occupying fourth place in the region in 2020, despite the reduction of FDI flows due to the impacts of COVID-19 on the global and domestic economies.

Colombia received 5% of the exploration budget for non-ferrous metals in Latin America, with more than US$130mn, according to the World Exploration Trends 2021 report published by S&P Global Market Intelligence.

It is important to note that the price of minerals is one of the determining factors driving the increase in mining production and the development of projects with new investments in the various stages.

BNamericas: What is the projection for Colombia's mining GDP in 2022?

In 2021, coal represented 56.1% and metal ores 29.4% of mining GDP, so growing demand for coal and minerals such as gold and copper, coupled with the increase in international prices, creates a good outlook for Colombian mining to increase its proportion of total GDP in 2022.

BNamericas: What challenges does the digital age pose to Colombian mining?

Durán: Mining, like any other productive activity, must adapt to the use of new technologies in order to improve its productivity and efficiency.

The ANM is carrying out initiatives to optimize some of the sector's operations and improve its traceability.

In this respect, we're studying the potential uses and benefits of implementing blockchain technology in the contracts of strategic mining areas, which would facilitate the leverage of the sector with investors, improve the monitoring of some contractual conditions and, at the same time, provide greater transparency and information security.

BNamericas: How are ESG indicators influencing the Colombian mining sector?

Durán: Public policy considers the attraction of investment and the definition of clear rules to advance in the exploration and exploitation of deposits, which is why management and alliances with the territory and the strategic vision of the business have been prioritized, to give way to development of projects that leads to mining diversification, considering environmental, social and good governance criteria.

We’re focusing our efforts toward the promotion of minerals that can support mining production diversification policies, especially those required for the development of new technologies and alternative sources of energy, such as gold and copper, as well as other minerals, for which it is essential to increase knowledge of the potential of Colombia to host deposits, along with market intelligence work to identify new opportunities, in addition to strengthening the development of roundtables for investment in mining projects and mineral marketing.

Outcrop Silver & Gold Corporation is pleased to announce the results of two additional core holes in the Las Maras shoot on its 100% owned Santa An...