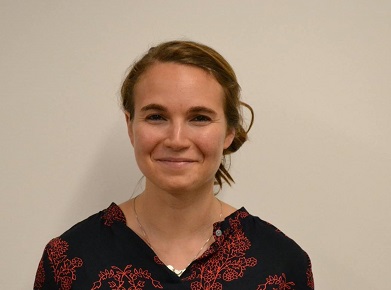 Over the past several years Latin America has been rattled by corruption scandals that, in some cases, have led to senior officials from different quarters of the political spectrum being formally accused or ejected from power.

The biggest is Brazil's Lavo Jato, a sprawling, ongoing graft probe that has sent shockwaves across the region.

But corruption extends further. In a 2019 survey of 18 countries in the region, one in five public service users reported having paid a bribe to gain access to public services such as education or health in the previous year, US think-tank the Dialogue says in a report, citing NGO Transparency International data. This works out to around 56mn people.

Indeed, corruption erodes confidence in public officials and feeds the perception that leaders govern for their own benefit rather than the good of the people.

“The warning signs are clear: in addition to its negative correlation with economic indicators such as level of development, sovereign borrowing costs, and macroeconomic stability, the perception and reality of widespread corruption pose a threat to democratic governance in the region,” the Dialogue says in the report, Anticorruption, Transparency and Integrity in the Americas.

But some advances have been achieved.

Amid a sharper public focus on corruption and its fallout, progress on the prosecution and reform front has been made, although impact varies by country.

To find out more about the issue of corruption in Latin America, BNamericas spoke to former program assistant for the Peter D. Bell Rule of Law Program at the Dialogue, Tamar Ziff.

The Dialogue report – available here – comprises the summaries and main takeaways from a series of focused events on the issue hosted earlier this year by the organization in conjunction with the IDB.

BNamericas: Why, historically, is corruption embedded in the institutions of some countries in Latin America and how do you weed it out?

Ziff: Corruption flourishes at the intersection of a culture of informality and a lack of institutional controls and transparency in governance and financial transactions. There is a symbiotic relationship between the two: when deals are obtained and policies are made through friends and favors, institutional controls are seen as obstacles to governance and finance and ignored or manipulated.

In Latin America, with most of its democracies just three or four decades out of some sort of military dictatorship or civil war, there is a thriving culture of informality without existing democratic institutional history to regulate it. This exists in the economy, as well: the states with the most fragile or weak governments also tend to have extreme social inequality and a lot of people working in the informal sector.

Weeding out corruption involves action on three fronts: decreasing socioeconomic inequality, strengthening institutional controls and independence, and holding corrupt actors accountable. Progress is often uneven: there are countries that have made strides on one of the fronts but not the others. Chile, for example, has stronger institutional controls on corruption than other countries, giving it an above-average score on Transparency International’s Corruption Perceptions Index. But it has not done enough to tackle inequality, which is a big reason for the recent protesting.

BNamericas: In terms of anticorruption efforts, are there any silver linings to the recent protests in Latin America? For example, could lawmakers trying to push through anticorruption reforms, either today or in the future, find their task easier / enjoy wider support?

Ziff: I think what we are seeing in Latin America is a great awakening from the people, and a demand for more and better care from their government. The protests in and of themselves are “silver linings." In terms of anticorruption reform, any proposals made by lawmakers will probably have to consider reductions in socioeconomic inequality as a priority. The sometimes prevailing view of “corruption” as an abstract, high-level phenomenon, addressed with reforms that won’t make structural changes to unfair systems, will be challenged.

BNamericas: If a foreign investor acquiesces and pays a bribe to a local official in order to obtain an operating permit, for example, what are the negative long-term consequences of that?

Ziff: First of all, if the investor or company is from the United States, they will be subject to the Foreign Corrupt Practices Act, with very real legal ramifications. Another negative long-term consequence is the perpetuation of a chain of corruption in government, since it is seldom one bribe to one official – it is a bribe to an official, who then makes a bribe to another official, who then donates to a political campaign, etc.

This reinforces negative expectations for what it means to govern and what one should get out of it, making governance a low and venal endeavor. The second is the protection from international opprobrium provided when foreign investors concede to local corruption: if a lot of countries are doing business with a government, it is that much harder to internationally condemn, or issue sanctions against for corruption or human rights violations.

BNamericas: Peru is an interesting case. The country receives high levels of FDI but is regarded as suffering from endemic corruption. What is happening there?

Ziff: There are a lot of valuable natural resources in Peru that companies want to take advantage of, or other business or industry opportunities that will be profitable.

Often, as can be seen with the World Bank’s Ease of Doing Business rankings, the investment climate in a country for FDI is judged insularly on business regulations, and does not factor political corruption unless the latter has caused significant political instability, uncertainty or upheaval. The most recent – 2019 – ranking places Mexico as the highest ranked economy in Latin America and the Caribbean, despite being arguably one of the most corrupt countries in the region. According to this list, it’s easier to do business in El Salvador than it is in Uruguay-– I don’t doubt it. For investment, sometimes, a lack of regulation, or lax regulations, are a good thing – for governance, it’s not.

BNamericas: Finally, is there a general consensus on how well the region, as a whole, is tackling corruption and what we can expect over the next few years in terms of progress on this front?

Ziff: I would say there is too much uncertainty for there to be a consensus. There are a lot of depressing indicators coming out of Central America, with [UN-backed anticorruption commission] CICIG having left Guatemala and the uncertain fate of similar anticorruption missions in the region. Mexico is a mess. The [online news outlet] Intercept revelations about Lava Jato were unsettling in terms of Brazil’s anticorruption fight, heralded as exemplary in the region for its diligence and strength. There is a lot of uncertainty about where Bolivia and Ecuador are headed, and how Chile will respond to protestors’ demands for reform. Peru’s Vizcarra seems to be at least trying to clean house, which is heartening; meanwhile, other countries, such as Paraguay, just seem to be looking the other way when it comes to corruption.

The fight against corruption is a slow, uphill battle, and sometimes institutional changes are taking place beneath the broader headlines. That being said, there is still an exceptional amount of work to do.

Earlier this month the bank held its benchmark interest rate steady at 0.75%.

The ICT projects multilaterals are supporting in Latin America

While the IDB was particularly active in the second quarter, other lenders also provided important investments for digital transformation of public...

How Paraguay's banks are weathering the COVID-19 crisis

Want to read more information about Combatting corruption: An ‘exceptional’ amount of work still to do?