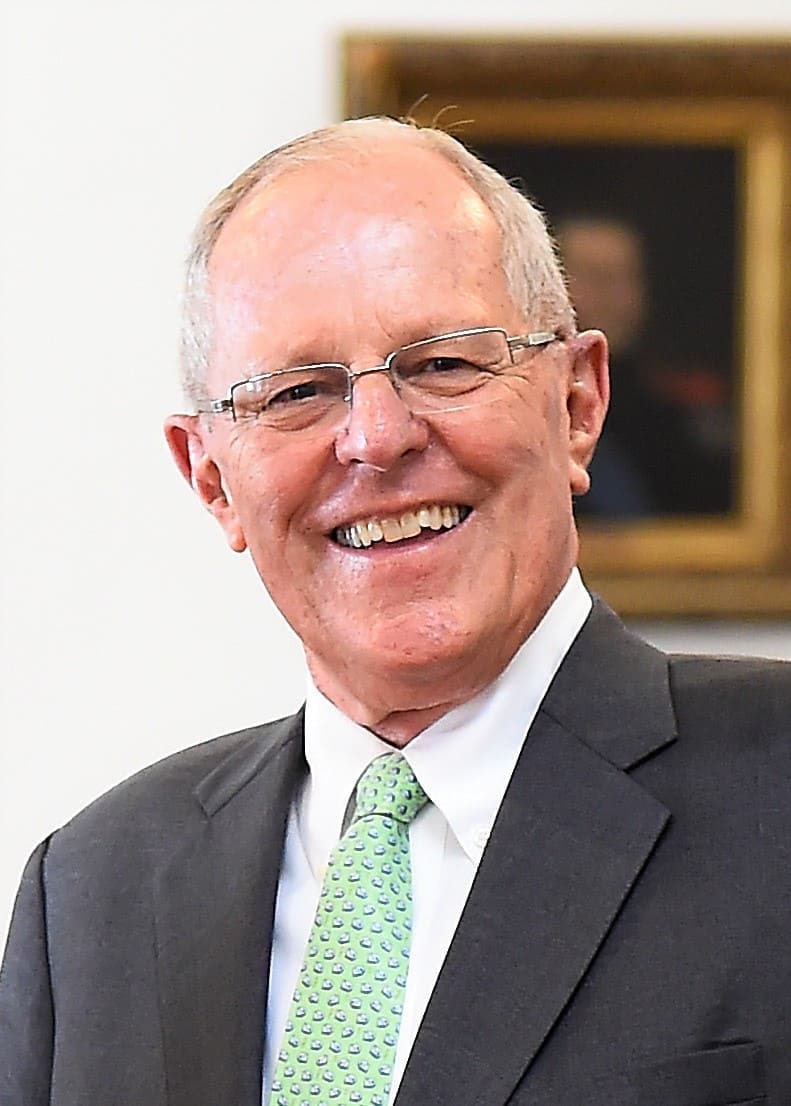 A former Wall Street banker, Pedro Pablo Kuczynski governed Peru from 2016 to 2018, when he resigned before an impeachment vote amid accusations of receiving illegal payments by construction giant Odebrecht, a charge that he has denied while the legal case remains unresolved.

Today the man known as PPK is retired from politics but has strong opinions about Peru’s current President Pedro Castillo, Chile’s attempt at a new constitution, the role of the State in the economy and corruption.

(Editor's note: The interview was conducted before Chile’s referendum in which voters rejected the proposed text for a new constitution.)

BNamericas: What do you think about the constitutional proposal for Chile and the changes that mining in Chile has been experiencing?

Kuczynski: I am somewhat skeptical of the kind of proposals with which Mr. [President] Boric came to the presidency and on which the constituent assembly was elected. I hope the proposal will be rejected, although similar initiatives will continue to appear. Nor do I see the creation of a national lithium company as operational. Chile was the country that grew the most in Latin America in the last 25-30 years and even inspired reforms in other countries. Now Chile is getting off track a bit and we don't know what will happen. But I’m confident that Chile will come out ahead.

BNamericas: And what prospects do you see for Latin America?

Kuczynski: It's complicated. In Argentina inflation is out of control and in Colombia anti-mining policies have appeared. China, which has been the engine of exports from Chile and Peru, is now slowing down. Copper will continue to be at a good price due to the electrification of global economies, but the stratospheric prices of a year ago are gone. That's where lithium appears in the case of Chile and zinc in Peru, but both also depend a lot on China. Europe is going into a withering recession. This international environment will make things more difficult for the region.

BNamericas: What do you think about the State having a greater role in mining, as well as in other industrial sectors?

Kuczynski: The State should create a favorable environment for citizens in the areas of education, health and security. Commercial activities, such as agriculture and mining, should not be coordinated by the State. This has been demonstrated for decades in Latin America, especially after the debt crisis we had 40 years ago. The ‘80s was a decade of adjustments due, precisely, to the excess of state-owned companies.

When I was president of Peru, it was difficult to privatize drinking water because no commercial company wanted to provide services in the poorest areas of the country. So I had to keep water in the hands of the State. Currently, most electricity operations, such as hydroelectric plants or gas-fired combined cycle plants, are private. But some state generators and distributors have remained that I created when I was minister of energy and mines. Nationalizing basic services is not a good idea, with few exceptions.

BNamericas: How have international events such as the pandemic, Russia’s war in Ukraine or the slowdown in the Chinese economy impacted things?

Kuczynski: The economic situation here is difficult but not catastrophic. COVID-19 hit us hard because the government did not know how to handle it well. Close to 2mn people were left unemployed. Things have now recovered, but the government is not interested in investing. There are many projects that don’t advance. As a result, Peru will grow at 2-3% when it could be growing at double that. Exports have risen thanks to decisions that were adopted years ago. From next year, there’s no clarity about where we will go. Peru is a financially solid country with many projects. Only with a change of government could these objectives be taken up again.

BNamericas: Regarding Peru's mining sector, some mines and projects have faced blockades. How do you see the sector?

Kuczynski: We have had more conflicts this year. We had a prime minister [Mirtha Vásquez] who was an anti-mining activist. This provoked attacks on some mines, generating a crisis of mistrust. But it's over. Today we have large mines, such as Antamina owned by BHP, Mitsubishi and Glencore, which do not have social problems, but rather an active program. Freeport McMoRan's Cerro Verde is also good. Southern Peru [Southern Copper] has had several conflicts, but my impression is that it’s overcoming them. Las Bambas is in a unique situation promoted by people who have personal interests and use the surrounding population to create demands. Then we have Quellaveco of Anglo American which has just started and has gone to great lengths to avoid any problems.

Mining problems are largely due to water, because the mines are in Andean areas where reservoirs are a problem. Southern Peru has a very good project, Tía María, where the use of water generated great opposition, but the company changed its project and will start operating with desalinated seawater. The problems are resolved, but a government that understands the importance of mining is needed.

We have had almost 70 ministers in one year and in mining, three. The mining sector has a stream of projects that can take off. There are the Haquira, Michiquillay, Galeno and Zafranal projects. I mean, I can mention 30 projects from memory. I know them all. There could be a boom, but there’s only mediocre growth.

BNamericas: What do you think of Peruvian politics?

Kuczynski: Peruvian politics has always been very controversial. I was Fernando Belaúnde's minister and I was overthrown in a coup. In his second government there was always the threat of trouble. Then we had Alberto Fujimori who should have stayed five years and stayed 10. My government was annihilated by Mrs. Keiko Fujimori for personal reasons, and this generated a lot of instability. Having an orderly policy requires serious political parties. We also need businessmen who contribute to politics. Most of the business leaders in Peru don't even live here, which is a problem.

BNamericas: What do you think of President Castillo's mandate? Do you foresee an early departure?

Kuczynski: The right wing wants him gone, but congress doesn't have the votes to do it. I also don't see who could be his replacement. We will have to find a pact so that he can govern calmly. We just changed the fifth police chief in a year. This is unfeasible.

It all started in 2018 when Mrs. Keiko Fujimori colluded with Odebrecht and my vice president to get me out. Since then we have had Mr. [Martín] Vizcarra for two and a half years, which history will judge as a bad government. Then came the president of the congress [Manuel Merino] who lasted five days. Then Mr. Sagasti, who worked well during the few months that he was there. Finally, Castillo arrived, who won the election fairly.

And the one who caused the rise of Castillo was Mrs. Fujimori when they staged a teachers' strike in 2017 after my government had given them an 80% salary increase. The Fujimoristas were determined to get me out. So, they supported Castillo, but now they complain about him. There’s a big mess here.

BNamericas: How is private investment and business confidence in the face of this political instability?

Kuczynski: Private investment is low and not growing. There was a recovery after the peak of COVID and tourism has resurged a bit, but both the congress and the government issue decrees and laws that go against investment. They created a law against outsourcing, which although there have been some abuses, outsourcing has allowed the agro-export industry, for example. There are exaggerated regulations. Even so, this government and congress have not introduced measures that kill investment altogether and there have been no nationalizations.

BNamericas: How could the current political conflict be resolved?

BNamericas: In terms of public works, what is urgent?

Kuczynski: We have huge needs for drinking water, because there are still people who don't have water for 24 hours [a day] in their homes. More sewers, schools and hospitals are required. With COVID it was shown that we don’t have enough intensive care beds and there is a lack of oxygen systems and personnel. In recent years, Peru has exported 60,000 doctors and 100,000 nurses to the United States, Brazil and Spain. We are behind in many aspects and investments. And the organization that should promote investments called ProInversión, which I created in 2001, is currently sleeping the deepest sleep. But I’m encouraged with the new finance minister [Kurt Burneo] who was my deputy minister. He is a sensible person, so hopefully we will see changes.

BNamericas: President Castillo's sister-in-law has been charged with corruption offences. How do you see this type of situation in the current government?

Kuczynski: The corruption that is being talked about is not important. I know what is needed is a political scheme and to get out of the nonsense of talking about the president's salary, which is 15,000 soles [a month], close to 4,000 dollars. The salaries of ministers today are the same as 25 years ago. In real terms, they have decreased.

The most important thing is to reform the judiciary. In Peru the law does not apply. The constitutional court declared that Mr. Alberto Fujimori could go home six months ago. But Mr. Fujimori is still in jail, while Mr. Antauro Umala, who murdered four police officers in 2005, is free due to a decision by this government. This gives a pitiful impression.

Social conflict not expected to impact Inmaculada output this year

BNamericas talks to Hochschild Mining's VP of corporate affairs, José Augusto Palma, about the situation at the Inmaculada mine in Peru's Ayacucho ...

Lourdes is one of several new zones identified to target additional drilling campaigns to expand known copper mineralization at Los Chapitos for an...

Want to read more information about Ex-Peru president Kuczynski: 'This international environment will make things more difficult for the region'?