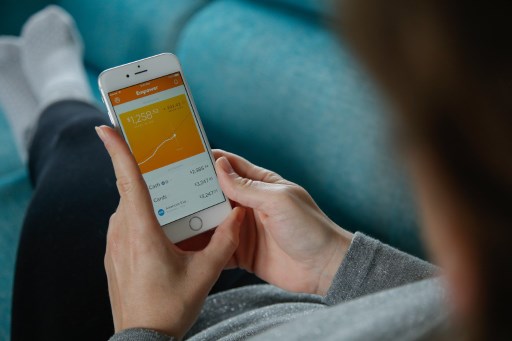 The pandemic gave a boost to Latin America’s fintech ecosystem as companies scrambled to transform digitally and consumers sought ways to conduct transactions remotely. Supporting growth were the likes of US venture capital funds looking to deploy cash.

Latin America's fintech market holds much potential as the region is home to legions of unbanked or underbanked consumers armed with smartphones.

To discuss this and more, BNamericas interviewed Latin America-based academics and authors Bernardo Bátiz-Lazo and Ignacio Gónzalez-Correa, via email.

Bátiz-Lazo and Gónzalez-Correa are currently exploring the organizational and gender implications of fintech startups in Latin America. This research will be published by Routledge towards the end of the year.

BNamericas: In general terms, has the fintech ecosystem in the region grown or contracted since the pandemic? In other words, how has the industry evolved in this period?

Bátiz-Lazo: Undoubtedly, the pandemic is associated with opposite effects and the net result is not yet clearly known.

On the one hand, the ecosystem has increased enormously. Mandatory quarantines and fear of contagion fueled the need for more digital financial solutions. The success of [existing] fintech companies has caused these new firms to grow rapidly.

In addition, the Latin American governments that had not taken a stance on the fintech industry have had to do so. A standout case is the adoption in 2021 of bitcoin as legal tender in El Salvador and, more recently, the influential Democratic US Senator Ron Wyden warned his colleagues about possible over-regulation of cryptocurrencies.

Elsewhere, many countries in the region now have [fintech industry] associations with which they have acquired greater formality and negotiating power with government entities.

On the other hand, although large companies such as the Mexican [cryptocurrency exchange] Bitso exceeded the US$1bn mark in funding and the Brazilian [digital bank] Nubank debuted on the New York Stock Exchange, in general, funding has been scarce and preliminary data suggest that the pace of new entrepreneurship has come to a standstill. Meanwhile, the IMF in January of this year asked the Salvadoran government to ditch bitcoin.

BNamericas: In Latin America, which segments are demonstrating the highest levels of growth?

Gónzalez-Correa: According to the Inter-American Development Bank – a 2018 study – the most important sector in Latin America is payments, including international remittances, which accounts for 24% of fintech companies. This is reasonable and coincides with the world trend, because payments are among the banking sectors that are subject to least regulation. For example, minimum capital is not required to participate.

Among the smallest sectors is the area of identity, fraud and scoring (4%). However, this sector is one of those that shows the highest growth rate, probably due to the low initial base, but also due to increasing demand for these services as the rest of the fintech services grow.

BNamericas: Are there any emerging segments or niches?

Bátiz-Lazo: Cybersecurity – identity and fraud – is an emerging segment. In addition, there are other sectors that have not yet expanded as much as the others, including insurance … or regulation – regtech. This is also reflected in the financing growth of the fintech industry. For example, YCombinator in its 2022 batch is supporting an Argentine regtech, Celeri.

On the other hand, an emerging sector in Europe that could be very successful in Latin America is the so-called cashtech, where specialists are looking for ways to bridge the gap between the digital economy and the cash economy. In this regard, there is already a pilot program of a Swiss cashtech company in Mexico.

BNamericas: Regarding financing in the region, what is the current situation? For example, what trends are you seeing regarding the type (equity/debt) of financing granted? And where do these funds come from?

Gónzalez-Correa: In general, entrepreneurial activity in Latin America is closely linked to business groups and family businesses. However, the fintech industry tends to have a capitalization based on external financing with venture capital. This is something that negatively affects women entrepreneurs as we have shown our research.

At the industry level, these are good times to attract capital. The non-profit organization LAVCA [The Association for Private Capital Investment in Latin America] has shown the growing interest in financing fintech companies in the region. For example, according to LAVCA in 2021, about US$29bn was invested, where more than half, 54%, was venture capital. Among the companies that they financed appear several fintechs such as Bitso, which became a 'unicorn', Konfio, Ualá and other prominent companies such as Rappi and NotCo. These numbers are remarkable compared to the US$9.1bn invested in 2018, US$15.6bn in 2019 and US$16.8bn in 2020.

Another important aspect is the interest of well-known accelerator programs for young companies. A notable case is the support of YCombinator in Latin America, one of the most important accelerator programs in Silicon Valley. The entrance of important investors such as Sequoia - well known for financing Airbnb - as protagonists that capitalize and mature the industry is being observed.

BNamericas: Is there a lot of interest among European fintechs to enter Latin America?

Bátiz-Lazo: Although we have observed greater geographic diversification by fintechs from the same region, such as Global66, Mercado Pago, or Nubank, we have seen little appetite for the Latin American fintech market from industrialized or Asian countries.

BNamericas: And related to this, is there a common strategy regarding how to enter the region (M&A or greenfield)?

Gónzalez-Correa: They mostly appear to be greenfield with few acquisitions, that is to say, few buyouts or brownfield. What is this due to? Although there is no consensus on what really defines a fintech, for us having a new business model is essential. Therefore, the acquisition of other companies involves having to change the acquirer's business model, which is costly in terms of resources and time. That is why the acquisition of fintechs by banks is also slowing down a bit – there is an organizational clash where the bank ends up dominating.

In addition, the technology part seeks to be able to gain economies of scale, that is, to continue with the growth of the technological platform. So there is little [to be gained] by an acquisition – other than growing pains! But again, it depends on the fintech sector in question whether a strategy of cross-border growth through acquisition makes sense or not.

BNamericas: And finally, what do you foresee for 2022 for the fintech industry in the region, in terms of trends?

Bátiz-Lazo: The year 2021 was especially good for the region as the number of companies, customers and the attraction of capital – for larger companies – maintained the upward trend of recent years. Special mention for Brazil’s Nubank, which managed to get listed on the New York Stock Exchange. Therefore, it is expected that new Latin American fintech firms will acquire the category of unicorns, if not in 2022 then in the coming years, and continue their expansion.

The great challenge for fintechs is to find clients and, above all, quality clients, as is the case in competitive markets such as payments, personal loans or remittances, while the great challenge for the entire region is to increase financial inclusion. Proof of this, and unlike in several industrialized countries, is that during the pandemic the number of ATMs, bank branches and use of cash grew. There is still a long way to go in the region.

BNamericas provides an overview of the latest startups fundraising, IT investment and tech dealmaking news in Latin America.