Head in the cloud, feet on the ground: How Avaya looks to expand in LatAm 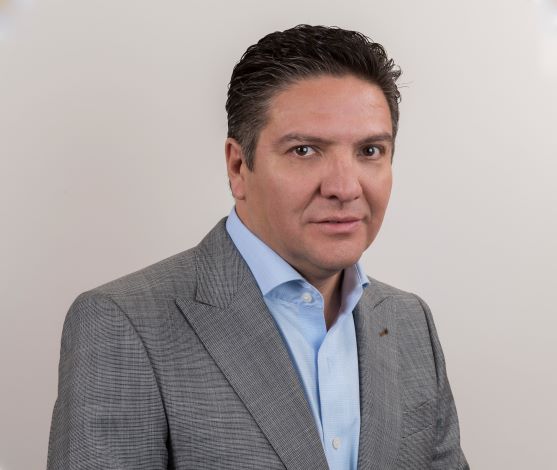 Driven by the cloud, Avaya hopes to grow steadily in Latin America. It recently announced the expansion of its contact center as a service (CCaaS) solution in Guatemala, El Salvador, Honduras, Nicaragua and the Dominican Republic.

The company also added two new datacenters in Mexico to support its private cloud service. These datacenters already have their first client: one of the biggest telecommunications providers in the country.

In addition, California-based Avaya has closed cloud deals with Microsoft and Alcatel-Lucent, which will allow it to add networking and IoT solutions to its product offering.

BNamericas: You recently announced the launch of CCaaS in several Central American countries. What opportunity are you seeing?

Karim: We have already launched the CCaaS cloud solution in 17 Latin American countries. The last ones we added, which was what we announced last week, were some countries in Central America and the Caribbean.

For us it is a very important offer, which goes to the mid-market of contact centers as a service, a market where customers are looking for a solution in the cloud, without too much complexity.

We have offerings within the cloud suite like private cloud, which go to much larger and much more complex customers and need integrations.

So we have two cloud offerings that are geared toward different customer segments.

BNamericas: And which of those two solutions is driving business today?

Karim: Well, the private cloud offering has been quite successful in the last two years, and has picked up quite a bit of speed both globally and in Latin America, especially in banks and telcos that are migrating to the cloud. All of them have very complex contact centers, with thousands of agents, which require integration with many systems. They are contact centers with very many software integrations.

BNamericas: Avaya has a strategy to become a constant-income company. How is this progressing in Latin America?

We have taken a fairly large turn, and now 69% of revenue is recurring. In the last quarter, we had US$750mn in what we call ARR [a recurring revenue metric]. We plan to end this fiscal year, which for us in September, with a billion dollars in recurring business.

And in Latin America those metrics are similar, we’re going at the same pace. On the platform for medium-sized companies, which is the most successful in Latin America, half of our sales are already subscriptions.

BNamericas: How do you see demand at the regional level?

Karim: We’re seeing a rebound and increased activity in almost all countries due to the return to offices. This means that communications platforms are being redesigned and investments are being redefined. Many contact centers that had been sent to work remotely are now coming back, and so hybrid models have to be adapted.

We believe that the rest of the year is going to be quite positive.

BNamericas: How does inflation and the economic problems impact you?

Karim: We’re experiencing a difficult situation in the world, too many things have been combined at the same time but companies need to continue investing to continue with their digital transformation projects. And these models, of recurring income, what they allow is a lot of flexibility, because in these economic shocks, companies don’t have to make an investment all at the same time.

BNamericas: How much is Avaya investing in the region?

Karim: We invest a lot, I don't know exactly how much, but in the region we have around 1,200 employees who have both functions in the local market and an area that supports other countries and geographies. We have four hubs in the largest countries [Argentina, Brazil, Mexico and Colombia] and the company's plans have not declined.

We continue to invest in people, we continue to invest in generating our cloud platforms and we announced in Mexico the construction, well, they’re almost finished, of two datacenters for our private cloud business. And well, as we said, we also invested in enabling cloud services in Central America and the Caribbean.

We have not stopped investing.

BNamericas: Could you expand on the two datacenters?

Karim: The datacenters are located in Querétaro and Monterrey and are a fully redundant structure. They are focused on private cloud service for contact centers. Principally, we have a capacity to support up to 40,000 contact center seats.

We already have the first client that is one of the telecom operators in Mexico that is moving all its datacenters to the cloud.

Karim: No, but with them we announced a strategic alliance last week, where they are launching their UCaaS [unified communications as a service] based on Avaya technology.

BNamericas: And how is the UCaaS market?

Karim: It’s being reactivated, a bit like we were talking about before. When companies started working from home, we moved towards collaboration platforms but now that they’re coming back again, they’re focusing on hybrid models. There are many companies such as retail stores, warehouses, airports where the landline is still necessary.

BNamericas: In what sectors do you have the greatest presence today?

Karim: In everything that’s the financial sector, telecommunications companies and retail stores. Hosting is also very important in some of the countries. In fact, in everything that has to do with customer service.

BNamericas: Latin America is representing about 8-9% of Avaya's revenues. Is there room to continue growing?

Karim: Actually that figure includes Canada and Latin America, but yes, there are opportunities to grow in Latin America. We’ve been growing in the last two years and we believe that there’s still a very big opportunity for growth. Companies are investing more and more and moving towards cloud models.

BNamericas: And how much would you say it can grow?

Karim: We plan to continue growing at a single-digit rate, which is what we’ve grown at for the last couple of years. We see constant growth in our business lines.

BNamericas: Could you mention projects in the region?

Karim: We’re seeing clients in practically all countries already taking these steps and something that’s going to help us a lot to accelerate this transition is the alliance that we’ve just signed with Microsoft because for the clients that are already in Azure [Microsoft's cloud] it's going to be much easier to accelerate them to the cloud.

It also helps us a lot with time to market. Microsoft has a very large datacenter in Brazil and they’re also finishing another one in Mexico.

BNamericas: You also recently signed an alliance with Alcatel-Lucent. Could you expand on this?

Karim: Yes, basically it’s a strategic alliance where they’re going to resell our CCaaS solution through their distribution channels, and we’re going to have access to their networking and IoT portfolio. So, we’re also going to complement our projects when they need these types of solutions.

BNamericas: How do you integrate IoT with a contact center?

Karim: Well, the IoT part has many interesting applications. For example, in terms of security and video surveillance or smart city sensors that can be integrated with our communications platforms or with emergency systems. We are the dominant provider of 911 systems in Latin America.

The franchising operating model ended 2022 with presence in 30 cities.

A total of 15 companies were qualified to take part in the process, but 11 declined to bid.

Want to read more information about Head in the cloud, feet on the ground: How Avaya looks to expand in LatAm?