How Honeywell is sharpening its focus on sustainable energy solutions 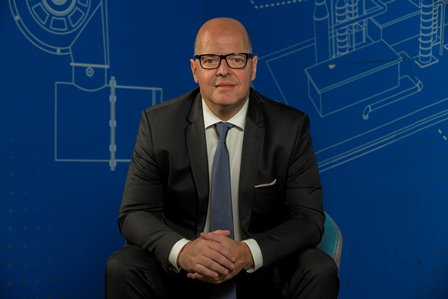 With a strong presence in the Brazilian oil and gas industry, Honeywell is now turning to the development of sustainable energy solutions.

The company is focusing on technologies for biofuel production, blue and green hydrogen, plastic circularity, and carbon capture, storage and utilization (CCUS).

"One will not switch from fossil to non-fossil overnight. The path is really going to be a complement between the two sectors," Manuel Macedo, Honeywell's CEO and president for Latin America, tells BNamericas.

In this interview, Macedo shares his views on the energy sector’s trends and challenges.

BNamericas: Honeywell has a strong presence in the Brazilian oil and gas sector. Do you also have an eye on the electrical sector in the country?

Macedo: We’re eyeing all sectors. We have four major areas of activity: aerospace, performance materials, biotechnologies, and productivity and safety, encompassing several sectors, from oil and gas to mining, and the electrical sector, among others.

BNamericas: Brazil is projected to grow significantly in oil and gas production, and although we have a relatively clean energy matrix and our installed renewable capacity is expanding rapidly, the country is likely to remain dependent on thermoelectric plants, especially gas-fired ones. Given this scenario, how can Honeywell contribute to the reduction of gas emissions?

Macedo: We have technologies that allow for efficiency gains in energy generation. As long as we have a fossil-based energy matrix, which will continue to exist, we contribute to making this fuel production as efficient as possible, with less CO2 emissions.

In parallel, the world needs to reach carbon neutrality by 2050, so there are two ways to act: reduce methane, CO2 and greenhouse gas emissions, or remove these gasses using capture technologies.

In Brazil, we’re working to create more efficient refining processes and technologies to reduce carbon emissions, in addition to circularity solutions for plastics [such as chemical recycling, reducing the carbon footprint] and energy efficiency and storage.

We own technologies to produce renewable fuels, such as green diesel, SAF [sustainable aviation fuels], which allow us to reduce greenhouse gas emissions by almost 80%. Its use would not require redesigning engines or new transportation infrastructure. So it’s very efficient compared to hydrogen and electrification technologies, which will take much longer.

One will not switch from fossil to non-fossil overnight. The path will really be a complement between the two sectors.

BNamericas: Do you think biofuels will have a major participation in the Brazilian market? I ask this thinking about the current situation where in most states, it’s not worthwhile from a financial point of view to use ethanol as fuel. Besides, in the case of ethanol there is competition with the sugar industry, while on the other hand there is idle capacity for biodiesel production.

Macedo: Exactly, there are several trade-offs. It’s necessary that governments in Latin America and around the world provide adequate regulation and incentives for us to move in that direction. I think that Brazil has already done this well and has recently even launched the premises for the formulation of a public policy for the introduction of SAF. But it has a lot to do if compared with the US and Europe in order to define certain percentages for the use of SAF. There is no other way: the airplanes will land here and, in order to return, they will have to be supplied with SAF. Therefore, investments are required. There is a Brazilian company, BSBios, which is investing in a biorefinery in Paraguay.

BNamericas: Brazil ended up going backwards in the case of biodiesel, whose mandatory mixture in diesel was lowered to 10% from 13% to reduce the impact on the final price of diesel.

Macedo: But this back and forth, in the long term, is part of a growth trend.

BNamericas: And next year we’re scheduled to move up to 14%. Any thoughts on that?

Macedo: One of the interesting components of biodiesel is that it is more efficient compared to other biofuels, which have a certain technical limitation for being mixed to achieve the same level of efficiency. Because its chemistry is identical to that of diesel from fossil sources.

BNamericas: Would there be no problem then in having an engine running 100% on biodiesel?

Macedo: No problem at all.

BNamericas: National oil company Petrobras is developing a subsea CO2 separation system. How is Honeywell, which is a traditional supplier of membranes for topside gas separation, viewing this new era? Not least because what the industry is aiming for in the future is a subsea-to-shore model, eliminating production units on the sea surface.

Macedo: We adapt to the clients' needs, and the point is to work in partnership and adapt what’s our technological capacity. We’ll continue to develop solutions together with Petrobras and other clients, adapting our technologies to the new vision and needs. This is how we developed the purification of hydrogen, the circularity of plastics through the pyrolysis process, SAF and green diesel, in addition to carbon capture with new membranes.

BNamericas: Is it possible to say that CCUS is a reality in the Brazilian market, or if not yet, it will become one?

Macedo: It will have its weight, it will happen.

Macedo: The world of renewable energy is still at an early stage. The technologies of energy efficiency, plastic circularity, the renewable fuels, and blue and green hydrogen are not going to happen at the same time. We see renewable fuels and solutions such as the Ecofining coming to the forefront, along with carbon capture as the immediate answer for reducing CO2 emissions.

Editor's note: Ecofining is the name of Honeywell's patented technology for producing biofuels. Another is UpCycle, which is focused on the production of recyclable raw materials for plastics.

The Company handles more than 25 million tons of commodities annually in Brazil. By the end of the year, around 50,000 drivers are expected to use ...

The Brazilian petrochemical group has four technology and innovation centers, in Brazil, Mexico, the US and Germany.

Other projects in: Petrochemicals (Brazil)

Want to read more information about How Honeywell is sharpening its focus on sustainable energy solutions?