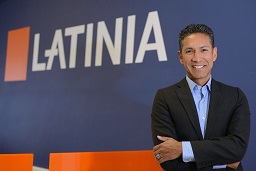 Spain's Latinia landed in Latin America 10 years ago, starting in Colombia before expanding into Chile and other markets.

BNamericas: Latinia is a multichannel financial notification software vendor. This year, the company is launching a Next Best Action solution in Chile. Could you tell us a little more about this project?

Aguilar: At Latinia we know that, after any financial event produced directly or indirectly by a client, that is, from paying with a card to a charge registered on a bank account, there are more things that can be said to that person by analyzing the financial context of the event. Via this process you can offer relevant content to that customer based on their financial interests. This is how the Next Best Action (NBA) solution was born. It is a product that suggests to the customer, via a message, an action that will benefit them financially.

This way you can see which client has opened a window opportunity to start a new dialogue, and from its context you can establish what can be said that is relevant, and of interest, to them. For example, the NBA software would allow a customer of a certain bank, who is behind with payments on their card - which is not good for their credit history – to be sent a message saying that there are opportunities to refinance the debt or cheaper forms of payment.

Latinia has the confidence of 25 banks in the region that are users of its suite. In Chile, Santander, Bci and BancoEstado are clients.

BNamericas: Latinia, a Spanish company, arrived in Latin America 10 years ago, starting in Colombia before expanding into Chile with Bci. Today, Chile is a key market in the region for Latinia. Why?

Aguilar: Chile is one of the Latin American economies that has grown fastest in recent decades, and it has maintained stability over the years. The IMF forecasts growth of 3.4% for this year and 3.2% for next, which provides some assurance on how the country's performance will be in economic terms and makes Chile an attractive market to conduct business.

In addition, we see great growth opportunities as a company since Chile is one of the countries in Latin America with the highest percentage of adults with a bank account, 74% according to World Bank data. This presents a good opportunity for the banking entities of the country to gain interest in products and solutions offered by Latinia for the industry.

Sometimes we regret that Chile does not have twice as many inhabitants, because with more people there are more banks, and if we add to the equation users who are not averse to technology – like those in Chile – Chile would be a market at the same level as Mexico.

BNamericas: Nowadays, an area of concern for banks is data. For example, when a person uses their plastic to make a purchase through Amazon or a digital wallet, the bank does not receive associated details about the transaction (for example, what was purchased and when and where). What are the negative implications for banks and what can they do to deal with this issue?

Aguilar: The key with payments is generating as little friction as possible for the client, to facilitate their recurrence and activity, which in many cases leads to the loss of the bank's visibility as a leading brand. And to recover that brand presence it is important to generate a ‘before and after’ moment. Notifications can spur the client with personalized offers, taking advantage of the client's context, that is to say, where the client is, what time of day it is, the client’s financial profile, and where appropriate content is delivered at the most opportune moment. You can also work, later, on the areas of loyalty and relevance through rewards and point programs. In other words, you have to take advantage of analytics to get to know the customer and be timely with your offers and needs.

BNamericas: Moving to the issue of financial inclusion, in markets such as Peru and Colombia, a large proportion of bank investments are aimed at the area of financial inclusion. Today, for example, we have neobanks in Colombia, primarily targeted at underserved segments. Do you think we're going to see more of these in the region - and where?

Aguilar: Neobanks are a new generation of financial institution, with a large presence in Europe because with a single national license you have access to the entire continent, and this is a business where scale is important. In the US, for example, licenses must be by state, which hampers achieving scale. There are several profiles of neobanks, according to the scope of their license – from the most modest, for e-money, to those with a full banking license, and it is usual to start small and gradually build the business. But let's not forget that a full license implies being a bank, digital, but a bank nonetheless, with all the obligations and responsibilities that this entails, in addition to financial muscle to sustain the business. Agile onboarding also facilitates access to new targets. The recent investments of large Asian players in the region attest to the interest that these new breeds of banks have for them, and the viability and business opportunities they see.

BNamericas: A neobank is not a magic solution, however. What are some of its limitations?

Aguilar: Neobanks can deliver the same services as traditional banking institutions, according to the scope of their banking license, but operate through mobile applications, which results in agility of costs and large infrastructure. Neobanks are particularly appealing to millenials and centennials, who are more used to conducting transactions, and carrying out activities, online. But not all the population will be willing to have an account with a neobank if they are not familiar with the subject or are not sure how these entities work. On the other hand, extending the business by acquiring licenses with more possibilities and scope implies the assumption of more and greater compliance responsibilities and regulatory issues that require great experience. There is a reason traditional banks have, in some cases, more than 100 years of experience talking with regulators.

BNamericas: Finally, financial education in Latin America needs improving. What role do companies like Latinia play in this field?

Aguilar: Financial education is key to the economic development of a country. Sometimes we tend to think that the problem is strictly the level of banking penetration, around 50% in many countries, when the real problem, in my opinion, is the population that is not served financially, that is, those with an account but with just a single product and without capacity to climb by acquiring more products and services from the bank, precisely because of fear and lack of knowledge. In Europe it has even been suggested that basic financial education is taught in schools.

Companies are facing a cocktail of challenges advancing Latin America’s nine US$1bn-plus capex gold megaprojects, which offer the potential for a n...

During 2021, Credicorp incorporated more than 1.3 million people into the financial systems in Peru, Colombia and Bolivia. MSCI raised its ESG rati...

Next year predicted to be especially challenging for Colombia's mining sector

'Colombia's next government will have to face another tax reform'