SolGold: 'Ecuador can be one of the new major copper producers' 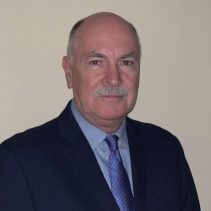 Australia’s SolGold plans to start in the fourth quarter of 2024 construction at the Cascabel copper-gold project in northern Ecuador.

According to the prefeasibility study, the Alpala deposit hosts 9.9Mt of contained copper, 21.7Moz of gold and 92.2Moz of silver in measured and indicated resources.

BNamericas spoke with SolGold's VP in Ecuador, Andy Taunton, about Cascabel and the prospects for mining in the South American country.

BNamericas: How is the US$4.8bn that the company announced for investment over the next nine years distributed?

Taunton: US$2.746n is the capital expenditures to achieve first production.

This investment will run from 2024 when construction starts and is expected over about five or six years.

After the first production, the investment will be US$2.136bn, which incorporates the amount needed to achieve maximum production, which is 25Mt/y of mineralized rock processed by the plant, and also includes sustaining capital to maintain the plant in operation.

BNamericas: What other production facilities will be built besides the mine?

In Esmeraldas we’re going to have infrastructure where we remove the water from the transportation system and leave the dry concentrate to be exported from the port.

We also have an electricity line planned that will start from the north of Ibarra to connect with the national grid.

BNamericas: What role is technology going to play in this mine and what systems are going to be used for water treatment?

Taunton: The intention is to use the best possible technologies. Cascabel's intention is to be an example of a high-production, high-tech, high-care mine for the environment and good relations with the communities where we work.

The water that we’ll use to transport the concentrate from Cascabel to the port of Esmeraldas is returned to Cascabel and used again. We’re not going to throw the water into the ocean, we’re going to reuse it.

BNamericas: Has the company already thought about where it will refine Cascabel's production?

BNamericas: How are SolGold's other concessions in Ecuador at the moment? Has progress been made in seeking alliances with other companies?

Taunton: There are a number of companies in talks with us right now. We’ve presented a series of concessions to see if any of these companies are interested in linking up with us in developing the other areas that we have.

We have selected two. One is Porvenir, which is far to the south, in Zamora Chinchipe, and the other is Helipuertos, very close to Solaris, in Morona Santiago.

We’re going to focus on those two because there are the best results so far. We have to focus on activities independent of what we have in Cascabel. Several concessions are being targeted by other companies.

BNamericas: What happened to La Hueca and Blanca, where you started drilling?

Taunton: La Hueca is part of the third-party interest group. We have also offered Blanca to the same group.

According to the law, we have to carry out activities for four years, but there are elements beyond our control, such as COVID, with which we lost several months.

We have to focus on where we have the best performance, but also offer to third parties if they’re interested in partnering, if feasible later, for advanced exploration.

BNamericas: What are the main obstacles facing Ecuadoran mining at the moment in terms of paperwork and regulations?

Taunton: Under President Guillermo Lasso, the importance of responsible mining has been recognized.

The operations of EcuaCorriente at Mirador and Lundin Gold at Fruta del Norte have economically transformed the province of Morona Chinchipe.

These two examples are absolutely crucial in demonstrating the seriousness and reality of the benefits of large-scale mining.

Decree 151 issued by President Lasso last year shows that he has a clear vision of improving conditions for mining, of implementing measures that improve mining in general in Ecuador, and of trying to eradicate illegal mining, which unfortunately has been the example seen by the public.

In Cascabel we’re going to start the negotiation phase with the government very soon on details of royalties and taxes, in compliance with the different stages of the law.

BNamericas: Despite government support, there are still a lot of permits delayed for various companies.

Taunton: Although I’m sure that there are still permits that are behind schedule, the current ministry of the environment has moved ahead with many halted procedures.

In our particular case, in Cascabel we had one that was delayed by at least three years. It has been a relief for us to see that the water permits, which were previously blocked, have been moved forward.

In general, I understand that the goal is to comply with the appropriate response times, according to the regulations.

The issuance of environmental permits has slowed in recent months, but it’s clear that the government intends to solve that as soon as possible.

BNamericas: How do you see the future of mining in Ecuador?

Taunton: With three, four, five or more mines in production within four years, the contribution of income to the areas of influence of each mine will be demonstrated.

Regarding Cascabel, roughly we’re talking about a potential of US$32bn in income and on this there is at least 3% in royalties and 60% of that could reach the area of influence.

The figures are huge compared to the budgets of the provinces and cantons.

One of the great challenges is that the GAD [local governments] begin to understand the way in which they’ll be able to have access to this type of funds, through proposals that are presented to the central government.

BNamericas: Cascabel is going to mark a before and after in mining in Ecuador. How do you see the country's prospects in the medium and long term?

Taunton: The goal for Ecuador is to let the companies work in the different stages of exploration to find another Cascabel, several Cascabels.

Geologists have no doubt that in Ecuador there is the same mineral wealth as in Peru, for example, hence the importance of exploration with adequate times to find the minerals and move on to the next stage when technically it should be done and not just to comply with a deadline.

That is the way in which Ecuador can be one of the new major copper producers.

Ecuador has great potential and if minerals have not been found as in other countries, it’s because the investment conditions have not been adequate.

Now is the time to open up because mining is an activity with high standards and that begins with the shareholders who expect their money to be used with environmental care, complying with the law and also benefiting the government and the communities.

BNamericas: Do you think now is the time to open the mining registry and that there will be enough interest from investors to bet on mining in Ecuador?

Taunton: Since the opening of the cadastre was mentioned, there has been interest from many investors.

I believe that the cadastre has to be opened very soon to satisfy the interest of third parties.

Ecuador needs foreign investment because without it, it cannot develop projects. Ecuador has no money, therefore it has to take advantage of the interest of foreign investors who today see the country in a positive light.

Opening the cadastre is a crucial element.

Why miners must step up transparency

Want to read more information about SolGold: 'Ecuador can be one of the new major copper producers'?