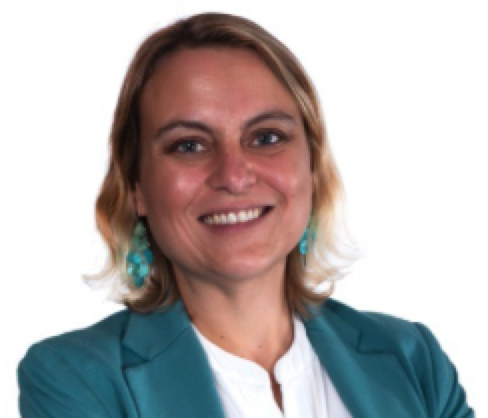 Since its approval in 2017, the Chilean government has published several regulations with goals and obligations for different recyclable materials under the expanded producer responsibility law (REP), and currently the environment ministry (MMA) is working on a decree for batteries, electrical and electronic devices.

In line with this, technology transfer foundation Fundación Chile, in conjunction with the ministries of energy and environment, and the electricity and fuels regulator, launched the ‘Refriclaje’ initiative, which seeks to replace 1,600 refrigerators, which would later be recycled.

BNamericas spoke with Maya Hirsch, project manager in Fundación Chile's sustainability area, about the challenges and importance of recycling refrigerators, how the REP law could address this problem, and the role that the public sector should play in encouraging the population to join these efforts.

BNamericas: What challenges does refrigerator recycling present in particular?

Hirsch: The main challenge in recycling refrigerators is effectively the refrigerant gases that are present both in the refrigeration circuit of the appliances and in the insulation, which is a foam that contains gases.

These components are extremely polluting for the ozone layer. To give an idea, the gases from an old refrigerator can generate greenhouse gas emissions equivalent to those of a midsize car traveling the distance between Arica and Punta Arenas, round trip [over 10,000km].

That is a lot, so it’s urgent to sensitize people to the impact that gases from an old refrigerator have. There is now a ban on some gases in newer equipment.

BNamericas: What are the costs involved? For example, how much does it cost to recycle the 1,600 refrigerators that are intended to be replaced?

Hirsch: We’re currently working with a company called Regener, which is the only company in Chile that effectively regenerates refrigerant gases, that is, it takes them out of refrigerators and they go through a process through which they can be reused in refrigeration circuits, mostly industrial, for example in supermarkets.

However, the recycling capacity at the national level is mainly concentrated in Santiago. There are one or two that can recycle fridges in the south but can't regenerate refrigerant gases. Because of this we, for this initiative, are bringing all the refrigerators to Santiago, and this has a cost, considering that you have to go to collect the refrigerators from the homes and then pay for recycling, it’s between 35,000 and 45,000 pesos [up to US$55] plus VAT, depending on whether it’s within the metropolitan region [of the capital] or not.

There’s an interesting fact about it, since this is the second collection campaign that we’re doing, where we offer free collection and recycling, and we realized that the vast majority of people feel that their refrigerator still has a positive value, that they could get the equivalent of between 50,000 and 150,000 pesos [by selling it], and they’re very confused when they discover that, if it were not for the campaign, they would have to pay up to 40,000 pesos for it to be removed and recycled correctly.

So you have to make a big effort to raise awareness and educate citizens of what it really implies.

BNamericas: We know that the MMA is working on a decree for the REP law that would cover electronic equipment and household appliances (AEE in Spanish). How would this specifically affect refrigerators?

Hirsch: We’ve been working with the ozone and circular economy departments of the ministry of the environment in this regard. In the contect of the project "Accelerating the transition to an efficient domestic fridge market in Chile", we are helping to quantify the ammount of fridges installed in the country, and to estimate which type of refrigerant gases they contain, as well as the capacities and technologies available in the country to properly manage them.

We hope that the AEE decree will specifically include the treatment that refrigerant gases must be given in all heat exchange equipments (air conditioner, fridges) with the aim of guaranteeing their proper management and to prevent them from being released to the atmosphere.

BNamericas: Once the regulations of the REP law are ready, what role do you think the public sector should play? Should the state take the initiative with the installation of recycling plants instead of leaving most of the responsibility to the private sector?

Hirsch: My personal opinion is that it’s very important that there’s an effort to attract demand for these things to work well in the long run. I believe that the role of the municipalities is super relevant in terms of being able to support in terms of infrastructure and to create incentives so that people can hand in materials for recycling.

Today there are already some municipalities where garbage trucks, on certain days, only collect certain recyclable products to encourage the population to recycle.

The role of the municipalities is very important to facilitate the process, at least for individuals.

However, it’s also important to generate market structures that are interesting for the private sector, and if it’s good business, there’ll be more competition, more recycled products that can re-enter the market.

BNamericas: This initiative focuses on domestic refrigerators. What happens to the refrigeration equipment used in industries such as livestock, fishing and freight transport?

Hirsch: Currently we only work at the household level, since our project seeks to address the energy issue in Chilean homes, where we see that there are more than a million old refrigerators, which consume a lot of energy compared to current models.

This project focuses on that, also to educate and raise awareness.

With this we aim to contribute to Chile's energy transition though energy efficiency incentives, because of their contribution to reducing greenhouse gas emissions and climate change mitigation.

We don’t address industrial or commercial refrigeration, as these are a world unto themselves. The only thing I can comment on is that the refrigerant gases that would be regenerated from household equipment are reused in industrial refrigeration circuits, so that becomes a secondary market for the company that deals with these gases.

The REP law establishes that all producers, or in the case of refrigerators, all companies that import refrigeration equipment, will have to take charge of the proper management of a percentage of what they place on the market.

So that applies to all companies equally, regardless of whether they provide domestic or commercial equipment.

BNamericas: Have you heard proposals from the presidential candidates regarding recycling?

Hirsch: Not for now, but regardless of the political process the country is going through, recycling is a cross-party issue. It is clear that issues related to Climate Change mitigation and environmental crisis must be adressed urgently and transversally, regardless of political color.

This milestone is relevant in the current process, since its objective is to obtain the average costs of providing the public distribution service ...

Want to read more information about Staying cool: The challenges of recycling fridges?