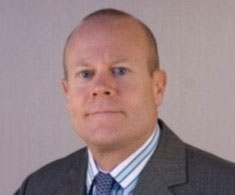 Nearly a year on from the announcement of a deal that saw New York-based private equity firm Lightyear Capital and institutional co-investors take a 55% stake in Cooper Gay Swett & Crawford, BNamericas spoke to Steve Jackson, CEO for Cooper Gay in Latin America and an industry veteran of over 25 years.

The second and final part of the interview covers the competitive landscape in an industry that has witnessed ever rising levels of capacity and competition, depressing rates and posing threats to profitability.

BNamericas: With the level of competition we are seeing in the region and in particular in Brazil, do you believe players will start to withdraw from the market or will it continue to be growth at any price?

Jackson: Unfortunately when people start to talk about Latin America as a potentially exciting place to put their money or invest their efforts, the first place they look at is Brazil for obvious reasons. And that is why the most competed for, the most oversupplied market by far in Latin America is Brazil. I am quite bearish as far as the short-term prospects for the Brazilian reinsurance market, where I think there is way too much capacity chasing too little business.

BNamericas: Are the dynamics in the market helped by IRB being private now?

Jackson: Yes. They are now private and they are the ones that are desperate to keep the business they have and they seem to be competing for it at all costs.

BNamericas: Will that require them to justify their returns?

Jackson: I think it will. Brazil is a long term play, but it will be a question of who has the deepest pockets and who is going to be the most patient.

BNamericas: With only a limited number of local reinsurers, the potential for consolidation and removal of some competition appears limited in Brazil. Does it mean we are looking at an unprofitable market for many years?

Jackson: The thing that needs to happen in Brazil is first of all losses. People need to lose money to be able to realize that actually the rates that we're writing this business at don't make sense anymore. We have to raise rates that will benefit everyone in the industry. So first, from a technical point of view people need to realize that they are charging the wrong rates.

Secondly, the ability of insurers to co-insure right now is what's also keeping prices down. They're using their automatic facilities to keep prices down.

The other thing that is peculiar to Brazil is that capacity is deployed on a PML basis. If you have a US$100mn capacity and you have a risk that is worth US$200mn but it has a P&L of US$100m, they can actually write 100% of that risk. That's because it doesn't have a catastrophe exposure. Normally, in other markets your capacity is based on the actual, maximum value at risk, rather than the probable maximum loss. A US$250mn capacity is worth a lot more if you can deploy it on a probable maximum loss basis, than if you have to use it on the maximum sum insured basis.

BNamericas: Where in Latin America do you see the most promise?

Jackson: Everyone is talking about Colombia as being a very exciting market and it is at the top of the list for many insurers. From an economic point of view it makes sense. From a political stability point of view it also makes sense. They have a very, very strong regulatory regime. They are opening up the market and as such many are talking about it. But I see Colombia as a very competitive market as well because of that. Again it seems there will be many people chasing the same premiums, driving rates down.

We tend to actually be counter-cyclical. We like to get into places where it is considered very difficult to do business, such as Venezuela that is particularly challenging. Ecuador is also challenging. That, though, is not the norm. It is the reinsurance broker's point of view.

BNamericas: How do you view the whole package of Mexican reforms instigated by president Peña Nieto?

Jackson: The first office that we created in the region and certainly the most active for a long time has been our office in Mexico and that's a challenging place to do business, but it's also a very interesting place to do business.
We like the reforms that are taking place in the industry, requiring more robust balance sheets and higher levels of capital and solvency measures. That's a good environment for a reinsurance broker. The reforms opening up the energy sector will mean that although we have a large state-owned oil company as a client, by its size it creates a risk should you lose the account. By having more players there will be more opportunities.

BNamericas: What do you view as the biggest risks to the industry?

Jackson: The biggest risk that the reinsurance community as a whole has in Latin America is that with all this interest in the region, with the multinational insurers piling in, in a big way, they're all taking a bigger and bigger slice of the local insurance pie. These larger carriers by their nature have bigger balance sheets and they're tending to retain more risk than they're reinsuring.

Conversely, however, the strong independent local insurers will have to reinsure ever more to compete with those larger multinationals. As such there is a balancing act.

US sanctions against former president Horacio Cartes re-opened a rift within the ruling Colorado party, while the government is depending on banks ...