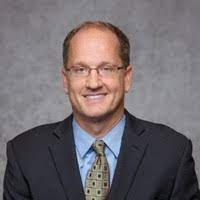 Due to political risk, some Latin American countries could lose out to global mining rivals in the push to supply growing demand for metals in the transition toward a lower carbon economy.

While producers will see another year of strong profits in 2023 amid continued high industrial and precious metals prices, investment in projects is being hampered by a lack of opportunities and the hostile attitude toward the industry in mining heavyweights Chile and Peru, Joe Bormann, Fitch Ratings’ head of Latin America corporate ratings, tells BNamericas in an interview.

Mining companies in the region are struggling to advance projects and maintain operations due to permitting challenges and community disruptions, while facing prospects of higher taxes, says Bormann.

BNamericas: What’s the outlook for prices of key metals mined in Latin America, and what does this outlook mean for mining companies?

Bormann: The miners are going to have a really solid year in 2023.

There’s still a lot of supply constraints on the output of important metals such as copper, and demand for iron ore continues to be strong.

We’re going to see prices drop off from the record levels we saw during 2022, but nevertheless prices are going to remain extremely robust. The corporates are going to make a lot of money.

The challenge is that governments in the region have so much policy uncertainty that in important mining countries like Chile and Peru companies are just not developing mines the way they should be typically during a period of such elevated prices, with the very clear view toward above average levels of growth in demand for products such as copper as you transition to more of a carbon-less economy.

Industrial metals should be really high in Chile and Peru and they’re not.

BNamericas: What are your price assumptions for 2023?

That’s really an elevated price. It’s a very nice price, although it’s lower than the average of US$3.90-4.00/lb we’re going to average this year.

For something like iron ore, prices this year we believe are going to average around US$115/t, next year dropping off to the US$80-90/t range, which is still quite a way above the cost structure of [Brazilian producers] CSN or Vale, so companies will make a lot of money, not as much as in 2022.

The trend is lower prices for all of these different metals, but nevertheless prices much above historical averages, so companies will have a pretty solid year.

This actually translates into relatively good tax revenue collections for countries such as Chile and Peru in which mining plays such an important part in GDP.

Unfortunately because of the policy and political uncertainty we aren’t really seeing companies improve themselves for the long-term by expanding.

There’s a real lack of project development going on right now among the miners in LatAm.

BNamericas: If companies aren’t developing projects, and are cashing in on strong prices, what will they spend their money on?

Bormann: Unfortunately they’re not investing in the long-term. The money is being distributed to shareholders and is not being overly reinvested in the region right now.

Companies are all looking around for opportunities.

Grupo México is getting a lot of money from [Mexico and Peru-focused copper subsidiary] Southern Copper [and is] looking for investment opportunities at the group level.

For many of the other miners and some of the larger groups in Chile and Peru, they will be sitting on it, looking for other industries to go into, whether it’s infrastructure, rail, ports, banks etc, but not a lot going on in the mining space.

BNamericas: Given the lack of development and political uncertainty, what is the longer-term outlook for the region’s mining industry?

Bormann: I would say LatAm can’t take its position in the industry for granted. You’re seeing miners move to riskier countries like the Democratic Republic of Congo, where they can actually get metal, or perhaps increase their output.

Longer term it’s a bit of a missed opportunity for the mining industry in Peru and in Chile, and to some extent for the governments in terms of their abilities to collect tax revenue.

Just in general, attitudes toward miners feel relatively hostile in Peru and to a lesser extent in Chile. It’s harder to get projects approved.

For mines that are up and running, for whatever reason, whether it’s incompetence or a lack of desire to take action, the authorities haven’t been able to help the miners when their mines are being shut down by community actions for a couple of months.

When you look around at the inability to get permits, the inability of governments to take action against the disruption of activity, plus pushes toward higher taxes and royalties, that’s a terrible backdrop for miners to spend a couple of billion dollars on projects.

Other parts of the world are going to move forward with their projects at the expense of miners in LatAm.

BNamericas: What impact will this lack of development in LatAm have on the industry and the shortages of metals?

It’s going to result then in higher prices, and for the industries that need these products, they will look for alternative metals or alternative options to move forward with some of their goals. It’s not great.

It’s really clear [Chilean President Gabriel] Boric has the desire for more revenues, to expand spending on really important social issues, whether it’s education or healthcare in Chile, and you really need a vibrant tax base to achieve that, and so that’s going to need a growing and larger mining industry.

At the same time the mining industry is well aware it needs to work with communities, it needs to spend heavily on desalination plants or alternative sources of water, and less water usage. Those are important issues that communities are demanding. I think the miners are prepared to adapt to that.

Over time the governments are going to realize they are missing out on an opportunity, and there likely will be an amelioration in attitudes toward the mining industry.

Luis Humberto Vázquez, president of the mining engineers, metallurgists and geologists association AIMMGM, talks to BNamericas about investments, a...

Mexico's public utility CFE completed the remodeling of a 27km stretch of the line and connected it to the 54km stretch owned by the company's subs...