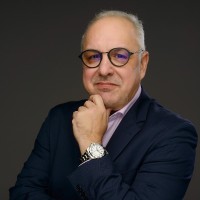 Projects to produce minerals needed to manufacture fertilizer are gradually moving forward in Brazil, as part of efforts by the government to reduce the country's heavy dependence on imports, given the shortages caused by the war in Ukraine.

Of the total US$40.4bn expected to be invested by mining companies in Brazil in the 2022-26 period, some US$5.75bn is earmarked for projects linked to fertilizer chemicals, according to mining association Ibram.

One of the projects that looks set to advance is the Três Estradas phosphate fertilizer development being carried out by Australian junior Aguia Resources.

Fernando Tallarico, managing director of Aguia Resources and formerly a geologist who worked for years at mining giant Vale, talks more about the project and the general efforts to reduce fertilizer imports.

BNamericas: What is the current status of the Três Estradas project?

Tallarico: We have already filed all the documents necessary with the state authorities to advance our project. We've complied with all the requirements of Fepam [Rio Grande do Sul state environmental authority]. Now the ball is in their court. They're reviewing all the documents to give us our IL (installation license).

Once the IL is issued, I believe that within 12 months we'll be able to start our operation, which should happen as soon as we obtain our operating license (LO). I believe that in mid-October of next year we'll have the LO.

BNamericas: What will be the company's production capacity?

Tallarico: The IL will allow us to start the construction of our plant, our factory, where we will have production capacity of 300,000 tons of phosphate fertilizers per year throughout the first phase of the project, which will last 18 years.

This production represents about 15% of the current demand in Rio Grande do Sul state.

We have the capacity to expand our project in a second phase to total production of 600,000 tons per year. We have the mineral resources to allow us to do this.

BNamericas: What's the investment outlined in the Três Estradas Project?

Tallarico: We've already invested 80mn reais [US$15mn] in the project, which will include the costs related to the first phases, discovery, geological survey and environmental impact studies.

We've also purchased the vast majority of the land where our plant will be installed. Now we have a forecast to invest 30mn reais in the construction of our plant.

Of this money for the construction of the factory, I already have 50% approved by BRDE, the regional development bank of the south, and the other part will come from our own cash.

BNamericas: What will be the requirements for services and equipment for construction of the plant?

BNamericas: What will the project's energy source be?

Tallarico: The project will be net zero, because it will have zero water, zero energy impact and zero carbon emissions.

We're going to build a 9km branch line to connect our energy system to the national grid, where we'll offer the excess energy produced through the free market. The energy generation for the project will be entirely photovoltaic. With this, we'll be able to generate carbon credits.

BNamericas: The Brazilian government is trying to reduce the country's dependence on imported fertilizers, with a long-term mining plan for mining associated with fertilizer production. Is it realistic for Brazil to think about being self-sufficient in the production of fertilizer minerals?

Tallarico: Self-sufficiency is realistic, but it's not realistic to think that it will happen overnight. This will only be achieved by Brazil in a few decades' time.

Mining itself is a very high-risk investment and today there are capital markets that are much more developed than in Brazil, such as Australia and Canada, which are more used to financing these higher-risk projects.

Brazil has very extensive territory and very little has yet been explored. There's great potential for Brazil, with more research into its geological potential, to achieve phosphate and potassium self-sufficiency, but this requires investment and a long-term vision. We have trained geologists for that.

It's also worth mentioning that one of the problems that led to our current dependence on imported fertilizers was that for years we had tax exemptions for [imported] fertilizers and this made local investments in this activity unattractive.

BNamericas: Do you see signs in Brazil of more interest from private sector investors in the production of fertilizer minerals?

Tallarico: I do see a lot of attention on this topic. We already have some companies with projects in progress, as in our case, and I think the federal government's national fertilizer plan will help pave the way for this trend. But we also have to develop the local capital market to finance these projects.

BNamericas: In general, what are the main risks for the activities of junior companies in Brazil?

Tallarico: The biggest problem for smaller companies at present is the excessive red tape.

The times followed by government agencies aren't as fast as the needs of private sector companies. Large companies are able to reduce this risk because they have deep pockets, but in the case of smaller companies, delays in licensing, delays in procedures, mean higher fixed costs.

But it's a fact that the business environment for mining in Brazil has improved a lot in recent years.

Many investors ask us about the election scenario in Brazil for the mining sector and I have replied that I see it as a very natural process. I don't see significant risks of government intervention in the mining sector.

Latin Resources Limited is pleased to announce that field teams and drilling rigs have arrived on site for the scheduled commencement of the 2023 d...

The iron ore miner will obtain up to US$500mn through an offtake agreement with the Switzerland-based resources group.