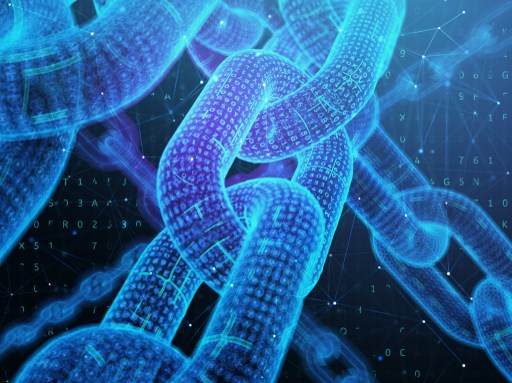 There's a lot of talk within most industries, particularly financial services, around blockchain and its potential. While there is clearly a lot of hype surrounding the distributed ledger technology, often generated by companies with a vested interest, it is nevertheless gradually being adopted and put to use.

Among those in the deployment vanguard is Internet Mobile Communications Malta, a wholly owned subsidiary of Britain's Internet Mobile Communications (IMC), which recently launched the world's first regulated blockchain-powered international settlements service, BoTCoin Market.  It is regulated by the Maltese Financial Services Authority, with Malta, in general, being a trailblazing jurisdiction in the area of blockchain regulation.

While IMC, which has operations in Chile and offices in capital Santiago, is initially focusing on telcos globally – to which it provides a range of voice, SMS and data services – the company doesn't rule out eventually offering the blockchain solution to a wider audience.  IMC group marketing director Clare Butler talks to BNamericas about this, and more.

Butler:  We started out trading in international voice in 2012 but over the years realized that while technology and service development had both evolved, the way that the industry works in settling international payments hadn't. We saw this as a huge opportunity and in 2015 we launched Bank of Telecom [BoT], which is an automated trading platform for international telecoms companies to trade voice minutes, but also benefit from same-day settlements. We have built a global market and in three years since the launch of BoT, over 1,000 carriers have joined and are trading with us. This has happened organically and we're currently signing and onboarding carriers at a rate of 30-plus a month.

We have now evolved that service with the launch of BoTCoin Market, and because it's based on blockchain technology, it brings so many other benefits, both operationally and financially, to any B2B organization that trades internationally.

BNamericas: What are the main benefits of BoTCoin Market?

Butler: One of the main attributes is that BoTCoin Market is regulated by the Maltese Financial Services Authority, so it's a verified customer/trading base from an EU know your customer and anti-money laundering perspective, which is enforced on an ongoing basis. It allows trusted trading partners to make near instantaneous payments between each other in BoTCoins, our US$-pegged token, for a fixed flat fee of 10 BoTCoins, which is essentially US$10.

BoTCoin Market is integrated at an API level into Western Union Business Services, our partner bank, and therefore can offer same day US dollar settlements to over 170 countries, and can pay money in and out in every single fiat, virtually eliminating cash flow issues and trade risk resulting in significant business benefits. BotCoin settlements are instantaneous between members.

As we have essentially stripped out the role that banks play in settling internationally, there is an immediate, significant reduction in settlement cost, with no delays. Companies can utilize 100% of their cash without needing to hold some back while banks transfer money from one account to another. And because of blockchain, any ledger action leaves an immutable audit trail, which cannot be moved or altered.

We have also pegged BoTCoin to the US$ as that is the international trading currency for most industries, but more importantly, it means that our token doesn't suffer from the same volatility issues that other crypto currencies suffer from on open exchanges.

From a security standpoint, BoTCoin uses our certificated Ethereum Fork Blockchain system, which has allowed us to add an extension to enable a closed user group – whose members within are already verified. In addition to the closed user group, the 'key' sits outside the network, which means it cannot be hacked, which has always been a hot cryptocurrency/blockchain topic. The protection of that key sits within the responsibility of the client, much like your PIN for your bank card. There are also many layers of security embedded, with multiple, globally dispersed back-up sites.

BNamericas: BotCoin Market, which is now operational and being used by some of your clients, was about four years in development. What were some of the main challenges apart from finding a financial authority that was operating in the blockchain space?

Butler: One of the main challenges was ensuring that we chose the right blockchain distributed ledger technology. We considered most available but chose Ethereum because it enabled us to add our own code as we needed to have a closed user group to 'house' our verified trading customers. Another area we were particularly thorough in, not necessarily a challenge, more of an absolute hygiene factor, was making sure that BoTCoin Market was 100% cyber secure, which involved an exorbitant amount of cyber testing.

BNamericas: This shows that there's more to blockchain than hype?

Butler: Yes, absolutely. We have delivered a blockchain solution to market. It's here and now, although it won't be long until the next example of blockchain technology is in use. Companies are now increasingly investing in internal resources to determine how blockchain can be used to automate business processes to ultimately reduce costs and increase operational efficiencies, which is a reflection of blockchain nearing widestream adoption for many industries.

BNamericas: It is cheaper than a traditional wire service and faster and with built-in safeguards, such as ensuring the key sits outside the network, with the client. It makes it economically feasible to collect even small debts. Surely there must be some drawbacks?

Butler: I have been trying to answer this question but regrettably cannot find one. I know this sounds rather ostentatious but it is such a clever, simple service, with undisputable financial and operational benefits that it is impossible to see a drawback. Our focus is to become the de facto standard for international settlements for the telco industry, so some may consider that as a drawback to just focus on our telco customer base first, but essentially, it's industry-agnostic and any business with international dealings can benefit from this new service, and we'd welcome those prospects onto BoTCoin Market any day.

BNamericas takes a look at the forecasts for Latin America and the Caribbean in the IMF's latest World Economic Outlook report.

SW (ShineWing) starts operations in the country as a point of entry to Latin America. The authorities present valued the arrival of the Asian giant...

How Chile's proposed constitution could upset the mining sector

How Latin America can reap the benefits of the energy transition