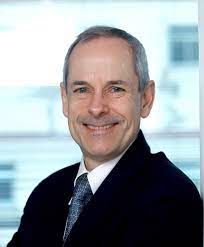 Despite having lost its sovereign investment grade status at the end of 2015, Brazil has made some important advances in recent years, leaving companies less exposed to global crises thanks to the development of a robust capital market.

Rafael Guedes, managing director at Fitch Ratings in Brazil, talked to BNamericas about the current business environment, the progress made in recent years and the main challenges ahead for Latin America’s largest nation.

He says the country, which holds a presidential runoff vote on October 30, needs to give clear signals to investors about the fiscal path it will follow to ensure control of public accounts and a reduction in debt.

BNamericas: What is Fitch's position in Brazil currently?

Guedes: Fitch Ratings has been present in Latin America for 40 years and in Brazil we have been physically present for about 25 years. But it’s important to underscore that since the 1980s, we have been working on evaluating the ratings of Brazilian issuers, and in 1997 we established a presence in Brazil and today we have in our offices in Rio de Janeiro and São Paulo states more than 100 people, analysts, who are divided into eight areas, which include financial institutions, insurance companies, infrastructure, subnationals and other areas.

We saw a major transformation in the market, when we started our operations in Brazil the main universe of our coverage were banks, currently we have companies from various other sectors under evaluation.

BNamericas: How much have risk factors changed in Brazil in the last 10 years?

Guedes: Ten years ago, Brazil was going through a process of greater economic growth and companies were more leveraged in the face of their expansion processes.

Currently, companies are less leveraged because the country's economic growth is lower.

Of course, there are sectors with different realities, but in general this is the scenario. Ten years ago, the country also had investment grade status and this generated less volatility, the business environment was better.

BNamericas: Despite Brazil's loss of investment grade, have you seen progress in recent years?

Guedes: There are economic sectors in Brazil now that were previously very concentrated and today there is steep competition. This is true in the card sector, we also see this in the technology sector, telecoms, among other segments, there is more competition.

In addition, another great advance took place in the Brazilian capital market, which today has a size that it never had before. Now, Brazilian companies are able to finance themselves through the local capital market, thanks to an accelerated development, which provides companies with long-term financing with interest rates not so high.

The number of independent investment and asset managers grew a lot, generating a migration from bank loans to the capital market.

BNamericas: In recent years we have seen ESG topics gaining traction. What type of investor is more sensitive to such topics, the foreign investor or the Brazilian one?

Guedes: The international investor is the most sensitive to ESG topics. Shortly after the start of the pandemic, we held a webinar here at Fitch with local investors where we asked about this and realized that the local investor is still much more sensitive to the financial return of assets than ESG issues. But we can already see the beginning of a change in this attitude, starting to adopt more sustainable investment portfolios.

BNamericas: In your view, which sectors have the most difficulties in adopting an ESG agenda?

Guedes: I would not make a separation by sectors, but by the profile of companies. In Brazil we still have a large number of family-owned companies and this type of firm still has more difficulty in adopting an ESG agenda.

BNamericas: What are the biggest risk factors for the business environment in Brazil currently?

Guedes: I would cite as factors of concern today the uncertainties regarding the global economy and the effects on the local economy. We have China’s economy slowing down and this has an impact on the prices of commodities exported by Brazil.

Another point is that the increase in global interest rates takes away the attractiveness of the local market, reduces the appetite of foreign investors to put money in the country. The strengthening of the US dollar has caused the depreciation of other currencies and generated global inflation.

In addition, the lower income of the population causes pressure on default rates in several sectors.

It’s worth mentioning that we still have uncertainties about how the [government of] Brazil wants to reduce indebtedness in the long term. The budget in Brazil is very rigid and at the moment there is a lack of clarity regarding tax rules. There are uncertainties about how the next government's macroeconomic and fiscal policy will be, so far there has been no clear indication.

BNamericas: From an economic point of view, what should be the priorities for Brazil starting next year?

Guedes: In recent years we’ve seen important advances such as the pension reform, although perhaps not as radical as expected, and also the approval of central bank independence.

Looking ahead, one of the priorities for 2023 should be tax reform. It’s important that tax rules become simpler for companies to comply. Companies spend a lot of money and time to manage their tax matters.

Now, from our point of view, as a rating agency, it’s clear that the tax reform can indeed have an impact on increasing the country's potential economic growth, but it’s also important that we see fiscal consolidation.

Brazil’s [public sector] debt is 80% of GDP, a level 25% higher than its peers. We need to see a clearer sign about the path Brazil is going to take towards fiscal consolidation, whether that will be via tax increases or spending cuts.

BNamericas: What’s the outlook for Brazil’s ratings in the coming months?

We’re looking at the electoral scenario in Brazil and we’re monitoring how the country's economic team will be from next year [the election winner’s term starts in January] and also the economic plans to be implemented, whatever the government.

Our outlook for the country's economic growth for 2023 is modest, with growth of 0.8%, which is not spectacular for an emerging country.

BNamericas: In addition to the fiscal issue, what other aspect does Brazil need to address for investors starting next year?

Guedes: Brazil needs to have legal security, security of rules. The rules that exist cannot be changed all the time by the judiciary, legislators or the executive. A long-term investor, an investor in a concession contract will be present in the country for an average of seven governments. What attracts this type of long-term investor is the stability of the rules.

A fifth of them will be sunk in the Potiguar basin, in the country’s northeast.

Want to read more information about 'We need to see a clearer sign about the path Brazil is going to take towards fiscal consolidation'?