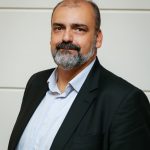 Percy Soares Neto, head of water and sewerage services concessionaires association Abcon, talks to BNamericas about the sector’s expectations, the role of BNDES, and more.

BNamericas: How important are debentures as a sanitation project financing mechanism?

Soares Neto: Debentures have taken on an important role in the sanitation sector because of the characteristics of this financial instrument. Currently, in fact, there is a certain lack of long-term financing lines for sanitation projects in Brazil and while there is no effort to expand the supply of financing mechanisms, debentures will play this [important] role since they have an adequate profile of terms and costs to sanitation projects.

BNamericas: Are overseas bond issues a viable option, like in other sectors?

Soares Neto: In the future, it may make sense for sanitation companies to look at overseas bond issues as a financing option, but for that to become a reality, the government would need to create foreign exchange protection mechanisms for the segment, since the sector's cash flow is denominated in local currency.

Without adequate forex protection mechanisms, it is difficult for the overseas bonds issuance model to gain scale.

But we have other financial mechanisms in the sanitation area that tend to develop, such as blue bonds, which are a sub-category of green bonds and have great appeal for investors who look at projects linked to socio-environmental topics.

BNamericas: Could compliance issues limit the access sector players have to financing lines?

Soares Neto: Since the Lava Jato [anti-graft] operation, we have seen that the sanitation sector has changed hands. Companies used to be linked to construction conglomerates, but nowadays are more linked to global investment funds, which have very strict governance policies.

Now, the largest private sanitation companies in Brazil already have large international investment funds among their shareholders, and these funds have very strict compliance standards.

Soares Neto: BNDES and debentures are not mutually exclusive. The deficit of sanitation investments is very large, and this provides room for all types of financing.

Now, directly answering your question, it is clear that the elected government [of Luiz Inácio Lula da Silva] wants BNDES to be more active in terms of financing.

I see that the role of BNDES in recent years as a project structurer should continue, but it would also be very good for BNDES to increase its participation as a project financier.

BNDES will be very welcome, being more active in financing longer-term projects, since the institution has this long-term profile and the power to attract other financiers to projects.

But it is also important to make it clear that the return of BNDES with a greater participation in financing projects must happen with the bank's own resources, without the participation of government funds, since there are fiscal restrictions.

BNamericas: Are you concerned that rules enabling more private participation in the sector will be revised under the next government?

Soares Neto: We don't see, even among the most radical names of the leftist side, an attempt to revise the sanitation law.

What we see are some conversations by the transition team mentioning some points of regulations reviews, but these revisions, before taking place, have to be discussed with society and it must be a transparent process.

There is still a somewhat unclear scenario because it is not yet clear which ministry in the new government will actually oversee the sanitation sector.

BNamericas: What would be the most relevant red flag in the sanitation sector currently?

Soares Neto: The most important red flag I see now is the fact that some members of the government's transition team question the role of the sector's regulatory agency, ANA.

ANA needs to have its functions strengthened and not questioned. If ANA's regulatory role starts to be questioned, I see this as a very bad signal for investors.

Want to read more information about Why Brazil's BNDES is 'very welcome' to finance sanitation projects?