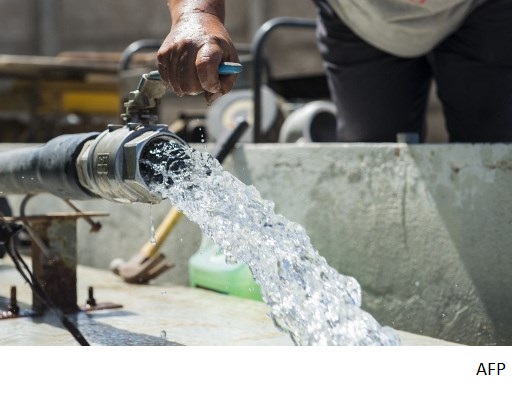 Anglo American Brasil signed a partnership with Porto do Açu, in Rio de Janeiro state, to evaluate a project to reuse water from the miner’s slurry pipeline.

"We are seeing growing demand for water reuse projects in several segments, first because companies are realizing that it’s cheaper to reuse water for their industrial activities and second because companies want to mitigate the risks of water shortages in times of water scarcity, which has become increasingly frequent due to climate change," Paulo Roberto de Oliveira, the CEO of GS Inima Brasil, part of South Korean conglomerate GS group's engineering and construction arm, told BNamericas.

The Anglo American subsidiary’s 529km slurry pipeline is the longest in the world and runs from the plant at its Conceição do Mato Dentro iron ore mine in Minas Gerais state to Açu port in São João da Barra.

“This is yet another partnership that meets our purpose of reimagining mining to improve people's lives. It is aligned with the goals and objectives of our sustainable mining plan. The idea is to increase reuse as much as possible in our operations," said Tiago Alves, environment manager at Anglo American, in a release posted on the website of Brazilian mining association Ibram.

At Açu port the water goes through a filtering process, separating the ore, which is then exported. The effluent generated by the water filtration system is treated and mostly discarded into the sea, in line with legal standards, Anglo said.

The partnership with Porto do Açu will study the treatment and use of part of the effluent in industrial plants inside the port complex. It is likely to be one of the largest water reuse projects in Brazil, with a volume of up to 0.3m3/s.

“The companies installed in Porto do Açu need water for different activities and represent important demand for reused water. The effluent can also be reused by companies that will implement new industrial and renewable [sic] projects in the port, such as thermoelectric plants, fertilizer plants, pellet production, petrochemicals, green hydrogen and green steel," said José Firmo, CEO of Porto do Açu.

The Seridó project, in Rio Grande do Norte state, is expected to benefit 300,000 people in 22 municipalities.

The recent years have seen many concessions and PPPs being offered to the private sector in large states and municipalities.

Brazil's XP Investimentos on the lookout for more infrastructure assets