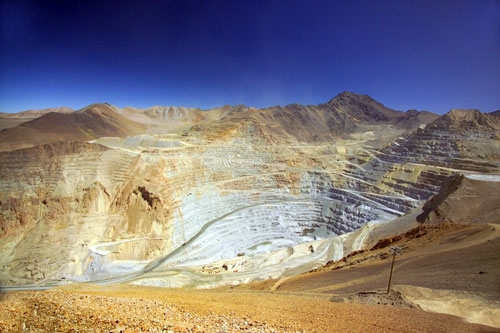 Recovering copper production and consolidating a position as key contributor to the Chilean economy are the main challenges Antofagasta Minerals is facing, chairman Jean-Paul Luksic told a shareholders' meeting.

More specific challenges relate to declining grades at its Centinela mine and low water availability at Los Pelambres (pictured).

Antofagasta Minerals distributed US$6.99bn, of which US$780mn went to the State as taxes, royalties and other payments, US$495mn was for employment and US$4.26bn for payments to suppliers.

According to a press release, Luksic said that 80% of the company’s income is intended to contribute to investments, create quality jobs and ensure supplier development, innovation and technology transfer.

He raised concerns about political risks, saying that authorities should guarantee competitiveness so the sector can receive investments and support the country’s socio-economic development.

Last year, Antofagasta Minerals produced 721,500t of copper, compared with 733,900t in 2020, due to lower grades and water scarcity, according to the company's sustainability report. 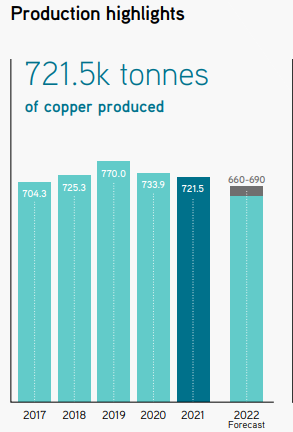 New projects planned to recover and double production at its four open pit copper mines could offset the lower output, however.

To increase mine output, the company is planning to add 60,000t/y after the completion of the first stage of its US$1.7bn expansion dubbed Inco, which also includes a 400l/s desalination plant, expected to start operations in the second half. A second stage of the plant will increase production to 800l/s by 2025 and enable a 15-year mine life extension.

The Centinela and Antucoya operations already use desalinated water.

Zaldívar produced 44,000t in 2021, down 8.7% compared with 2020, mainly due to lower-than-planned recoveries and expected lower grades, but partially offset by higher throughput. The chloride leach project completed in January is expected to help boost output to 55,000t this year.

Automation efforts are advancing at Los Pelambres with autonomous drills and Centinela with autonomous trucks, and more battery-powered trucks will operate at Antucoya as part of the corporate strategy.

Antofagasta Minerals is among the world’s top 10 copper producers.