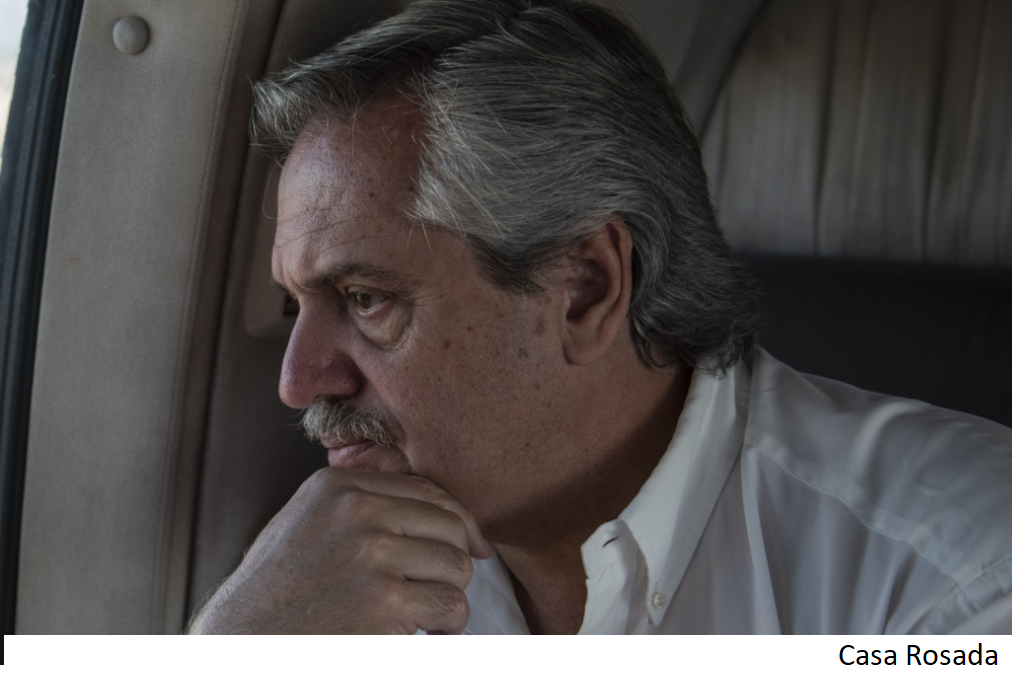 Argentines were already worried about the future of their struggling economy and the specter of a new default when the Alberto Fernández government raised the prospect that the nation's heavy debt was unpayable.

However, by declaring that what is important is taking care of people's health and relegating the economy to the background, the president has obtained some political dividends. Fernández did not hesitate to announce mandatory quarantine nationwide before many of his regional neighbors. He also said publicly that he was willing to go in person to arrest those who, knowing they have COVID-19, continue to circulate.

Local consultancy CB carried out on the weekend a national survey to assess the feelings of Argentines regarding Fernández's performance. Of respondents, 65.3% said they were "very satisfied" with the president's work, while 14.5% answered that they were "not at all satisfied."

Decreeing total quarantine seems to be what calmed Argentines the most, with 59.9% saying they are "very much in agreement" with the measure.

"I care about the health of Argentines, that is my priority," Fernández said in interviews given over the weekend to various local media.

According to the same study, the national government has a positive image among 61.5% of respondents, above the December high.

A previous study by pollster D'Alessio Irol shows that 46% of respondents believe the measures taken by the government will contain the rampant spread of the virus.

SO IT'S NOT THE ECONOMY?

Beyond its political implications, no one can deny the enormous economic impact of completely closing down a country.

However, Fernández also accepts that challenge. "I'm not a madman who wants the economy to break ... We'll see how we solve the problem of the taxi driver, of the monotributista [independent worker], those who receive a universal allowance [family subsidy]; we're going to solve the problems of SMEs, of small businesses," he said.

Newspaper Clarín compiled data from various opinion polls that show the level of fear among the population about what the pandemic will bring.

– Poliarquía: 35% indicate they have already felt "a lot" the impact of the crisis on their personal finances, while 36% admit to "quite a lot."

– Proyección: 46.1% of those surveyed indicate that the economy will be worse or much worse in a few years, compared to 34.2% who believe it will be "better" or "much better."

BNamericas speaks to Dario de Menezes, head of sales for international markets at Furukawa Electric LatAm, about the group's views on production an...

The impasse comes as the central administration is planning budget modifications for the second half of the year.

Why Argentina will have a hard time achieving its mining goals

Guzmán: 'Brazil is going to guarantee energy security in Argentina during the winter'