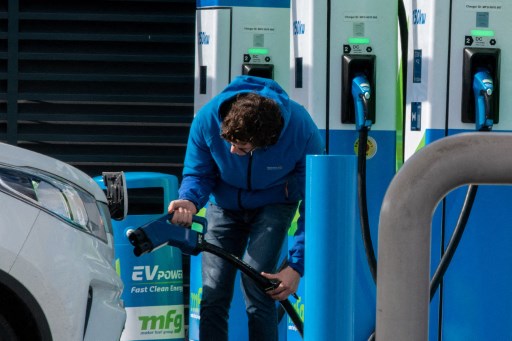 The federal government this week outlined draft electromobility legislation, an avenue Neuquén is already advancing along at provincial level after presenting its own bill. The province has also started building a network of charging points.

Brillo said national challenges rested in the areas of charging point provision and electric vehicle supply, according to a statement issued by Neuquén’s parliament.

As part of the federal government bill, officials envisage Argentina leveraging its lithium resources and becoming a platform for the export of electric vehicles in the region. Measures include demand and supply-side incentives.

On the topic of the province’s renewables push, Brillo said a limiting factor was the availability of spare transmission capacity.

ADI-NQN has a portfolio of 14 renewable energy projects (95.5MW hydroelectric, 120MW geothermal, 625MW wind and 3MW solar), according to a presentation.

Of these, 100MW of wind power, corresponding to the province’s maiden wind park, Vientos Neuquinos, has already come online. The province is in the process of developing solar plant El Alamito – the jurisdiction’s first solar farm. Multipurpose hydroelectric project Nahueve is also underway.

Sitting over a large chunk of the Vaca Muerta shale formation, Neuquén is Argentina’s No. 1 hydrocarbons producing province.

The federal government last month published a hydrocarbons investment promotion bill that, among other elements, establishes tax stability and other benefits for 20 years. A central goal is boosting oil production to achieve oil independence, as well as spurring exports to generate dollars to bolster central bank reserves.

ALSO READ: Argentina has ambitious 2030 emissions-reduction goal but no roadmap yet

BNamericas spoke with Felipe Albornoz, president of provincial company JEMSE, about lithium and renewable energy projects, among other topics.

Meeting with representatives of the Argentine electricity sector, to advance with the energy integration process