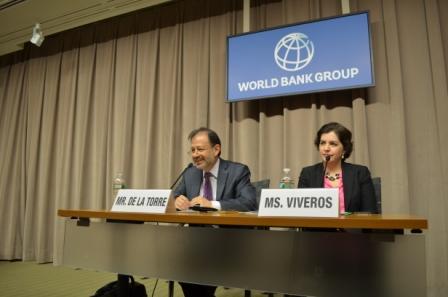 Bolivia is facing a major challenge in finding a "new equilibrium" between the state and the private sector, according to a World Bank economist.

With annual average GDP growth of 4.9% from 2004-2014, natural gas-rich Bolivia has been one of the best-performing economies in Latin America and the Caribbean. The elevated growth rates were fueled by high commodity prices, as well as strong public investment and prudent macroeconomic management.

With the commodity boom coming to an end, the IMF forecasts that growth in the Bolivian economy will slow to 3.8% in 2016 and 3.5% in 2017, from an estimated 4.8% last year. The boom allowed the public sector to play the key role in Bolivia's economy through large-scale investment and spending to improve the lives of the country's many poor.

The strategy was successful and led to a reduction of so-called moderate poverty to 39% of the population in 2014 from 59% in 2005, World Bank statistics show.

The challenge for Bolivia now is to conserve the important social and economic gains of the past several years while allowing the private sector to play a greater role, Augusto de la Torre (pictured), chief economist for Latin America and the Caribbean, told BNamericas.

With the sharp drop in commodity prices, the Andean nation faces the difficult task of shifting resources to non-commodity areas of the economy, said De la Torre. This is a challenge that many Latin American countries face, especially the commodity-export nations of South America, he added.

However, Bolivia is benefitting from the fact that it saved a significant part of the windfall from the boom years and that financial cushion will help the country in the transition to a more diversified economy, De la Torre said.

The World Bank will provide around US$2bn in loans to Bolivia up until 2020.

In the light of lower commodity prices, economic diversification is key for Bolivia and the agriculture sector will play a strategic role for the country, said Pontara, who is a La Paz-based country manager.

Part of the US$2bn will be destined to support different productive sectors in the Bolivian economy, Pontara said.

International Invitation: Study of alternatives for the displacement of diesel consumption in the northern Bolivian...

Eleventh addendum avoids exposure to fines, improves the price and generates certainty in YPFB and Petrobras