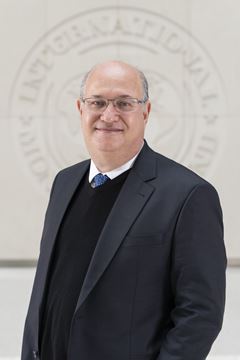 Brazil's government has formally announced the nomination of Ilan Goldfajn, a former central bank president, to be the new head of the Inter-American Development Bank (IDB).

"Ilan is an economist, a professional with a technical profile who knows the region's development needs and is well aware of the importance of structuring projects for improving logistics across Latin America. He has a real chance of being elected as he has no close political ties to any party and is not involved in any controversial issues," José Augusto de Castro, president of Brazil's export association AEB, told BNamericas.

Brazil is hoping that Goldfajn (pictured) can be elected on November 20 as its first leader of the development bank, replacing Mauricio Claver-Carone, who was ousted in September over a violation of the IDB's ethics code.

Goldfajn is currently the IMF's Western Hemisphere director and headed the Brazilian central bank between May 2016 and February 2019. Previously, he was chief economist at Brazil's largest bank, Itaú Unibanco.

He is considered a technocrat and does not have close ties to any political party, so his candidacy could well survive Brazil's presidential runoff on October 30, where opposition candidate Luiz Inácio Lula da Silva is facing current president Jair Bolsonaro.

"[Economy] minister Paulo Guedes considers that the candidate has extensive and successful experience in the public sector, in multilateral organizations and in the private sector, in addition to solid academic training, which unequivocally qualifies him to fill the position of president of this important institution," the ministry said in a statement.

The Brazilian government has said it wants the focus of the IDB in the coming years to be concentrated on full "integration of Latin America and the Caribbean into regional and global value chains, with gains in productivity, employment and income for the region."

The hope is that Goldfajn can push forward two important projects for Brazil, the connection of the Vaca Muerta gas fields in Argentina to Brazil via a gas pipeline and a railroad, and a logistics corridor between Brazil and Peru, a government official told BNamericas on condition of anonymity.

Nominations for the IDB presidency of can be submitted until November 11, while the bank's board of governors will elect the winner nine days later.

Companies are facing a cocktail of challenges advancing Latin America’s nine US$1bn-plus capex gold megaprojects, which offer the potential for a n...

Want to read more information about Brazil hoping to have its first IDB president elected in November?