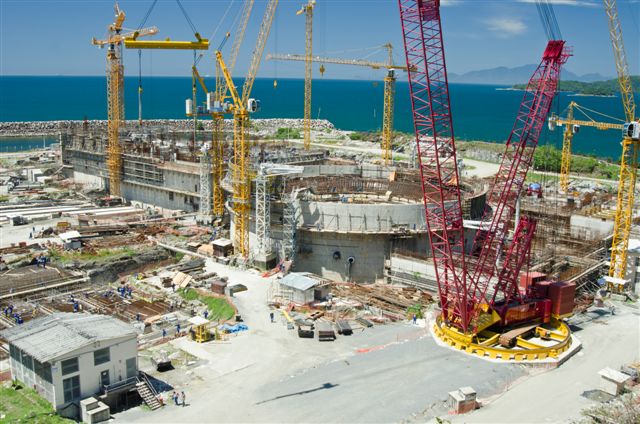 Brazil's Eletronuclear has launched a tender to contract a company to resume civil construction works of the 1,405MW Angra 3 nuclear power plant in Rio de Janeiro state, as well as electromechanical assembly.

The aim is to bring forward construction works before hiring a contractor to carry out global works and finish building the plant.

The contract is expected to be signed by May while the construction works are planned to begin in October, the mines and energy ministry said in a statement. The contractor will be hired in the second half of 2022, and the nuclear plant is scheduled to come online in November 2026, it added.

After construction was halted in the 1980s, work on Angra 3 resumed in 2008 but was interrupted again in 2015 when corruption scandals were uncovered by the Lava Jato investigation. According to data from the federal government, 65% of the construction works have been concluded. Federal power holding Eletrobras, Eletronuclear’s parent company, plans to invest 12.8bn reais (US$2.26bn) in the project by 2025.

According to Eletronuclear, an evaluation made by an independent consulting firm in 2016 indicated that concluding the Angra 3 works would require 20.8bn reais, equivalent to 31bn reais or US$5.4bn in today's money. The amount was similar to the state company’s own estimates.

By September 2015, a total of 5.3bn reais had been invested in the project, which will be capable of generating 12TWh/y, sufficient to supply 50% of Rio de Janeiro state’s consumption.

Angra 3 is a twin of the 1,350MW Angra 2 nuclear plant in Angra dos Reis. Like Angra 2, Angra 3 will be equipped with the German technology Siemens/KWU (currently Areva ANP).

Eletronuclear’s president Leonam dos Santos Guimarães said in the statement that the new nuclear plant will diversify and provide security for the Brazilian electric matrix.

“The energy generated by the unit will replace that produced by thermoelectric plants, which is more expensive. As nuclear plants do not issue greenhouse gases, it will also represent a step towards the decarbonization of energy generation in the country,” he said.

The project will create around 7,000 direct jobs.