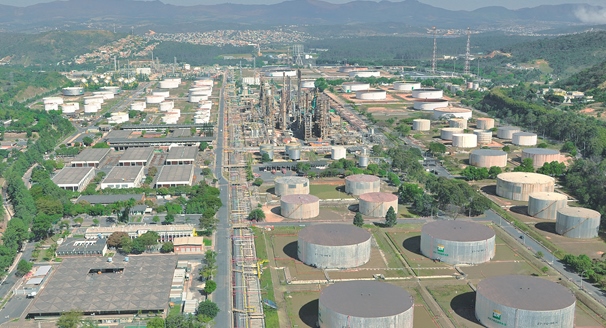 The decision was taken after the state-run oil firm received a binding offer that was considered below its economic and financial evaluation.

Petrobras said in a statement that it will assess the appropriate moment to start a new competitive process.

But new refining divestments are unlikely, since president-elect Luiz Inácio Lula da Silva, who takes office on January 1, is against privatizing the company's refineries.

Average oil output under the production sharing model was 668,000b/d in September, according to Pré-Sal Petróleo (PPSA).

Production was down approximately 7% compared to August, mainly due to a scheduled stoppage at FPSO Pioneiro de Libra.

The production of natural gas for commercial use in September averaged 2.6Mm3/d in three contracts, of which 2.4Mm3/d came from Búzios, 180,000m3/d from Entorno de Sapinhoá and 29,000m3/d from Sudoeste de Tartaruga Verde.

The total is 22% higher than in August, due mainly to the increase in production from Búzios.

Brazil’s mines and energy ministry (MME) opened a public consultation to discuss a proposal for improving the guidelines for importing interruptible electric power, without refunding, from Argentina or Uruguay.

Brazil imports power from the neighboring countries to cut costs from activating more expensive sources such as thermal plants.

The goal is to mitigate import market imperfections and allow the use of electricity imports as an energy resource to serve the peak load defined by national grid operator ONS.

In addition, the imports can be used without substituting thermoelectric plants in certain situations.

2W Energia posted a 13.5mn-real net loss in the third quarter, down from the 43mn-real loss a year earlier.

According to the 2W's CEO, Cláudio Ribeiro, the result was impacted by the interest on debt raised for the company's projects that have still to generate cash flow.

"In other words, at the company's current investment phase, in which the parks are not operational, we have the burden of the debt… which in the case of Anemus, will be approximately 146mn reais per year, much higher than the net loss we recorded this quarter," he told BNamericas.

The CEO said Q3 was historical for Brazil, with the publication of a rule by the MME that opens the way for consumers of high voltage networks to opt to buy energy in the free market as of January 2024.

“In practical terms, this is the largest increase in the number of consumers able to migrate to the free market since its creation, allowing the entry of an additional group of approximately 106,000 new consumers, free to consume renewable energy at lower prices," Ribeiro said.

Prumo Logística and TotalEnergies have signed a memorandum of understanding for studies on installing logistical support bases in the Açu port to support wind power projects that may be developed by the French multinational off Rio de Janeiro state’s coast.

TotalEnergies will develop for up to two years feasibility studies for the implementation of offshore wind farms with up to 3GW of power.

The intention is to use Açu port as a logistical hub in all phases of the project, as a support base for the construction, installation and operation phases of TotalEnergies' offshore wind projects.

Minas Gerais state power company Cemig has signed an agreement for the sale of 19.6% of its stake in Ativas Data Center to Sonda Procwork Informática, which holds the remaining 80.4% in the company. The transaction is valued at 60mn reais.

Between 2023 and 2031, power consumption in Fernando de Noronha is projected to jump around 40%.