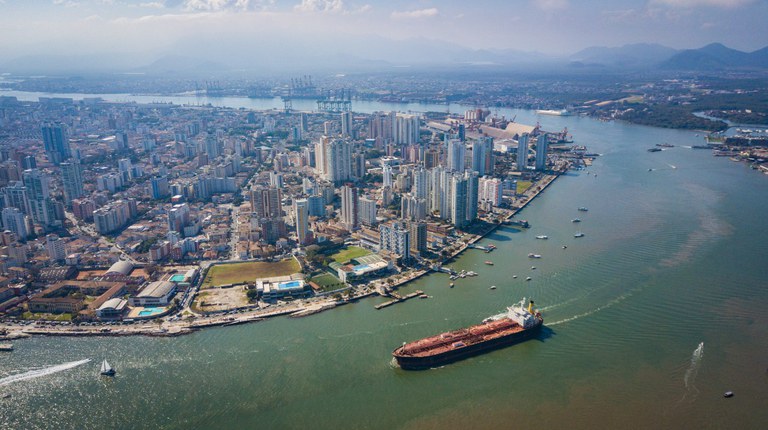 Representatives of the Brazilian government used a day of its one-week roadshow in the US to present potential investors with details of the concession plans for Santos port in São Paulo state.

Among the investors that attended the Tuesday session organized to outline the concession were EIG Global Energy Partners and United Arab Emirates logistics multinational DP World, which already operates in the port terminal sector in Brazil.

"The indication is that, of the concessions planned, the privatization of Santos port is one of those with the greatest potential to attract investors," the Brazilian infrastructure ministry said in a statement.

Of the 16bn reais (US$3.12bn) investments that are expected to be generated under the concession, 11bn reais will be directed towards increasing the capacity of the railroad serving the port complex and therefore expanding cargo movement.

The works to be included in the concession contract also involve adapting the federal highways that link to the port, in addition to building a tunnel linking Santos to the adjacent city of Guarujá.

The government plans to use the successful auction for the concession of Espírito Santo state port operator Codesa as a benchmark for the Santos concession. If all goes as planned, the auction should be carried out in the second half of this year.

In late March, Brazilian asset management company Quadra Capital won an auction for the concession of Espírito Santo state port operator Codesa, in what turned out to be a contest between two investment funds.

However, experts have warned that the concession for Santos port, South America's busiest, would be considerably more complex.

"The port of Santos is much larger than all the others [in Brazil] and there are also a number of contracts currently in force with multiple port operators working there, so the model for Santos should be different from the others, depending on negotiations with the companies already established," Paulo Dantas, an infrastructure and project finance specialist at law firm Castro Barros Advogados, told BNamericas in a recent interview.

In addition to Santos, the government also expects to offer concessions this year for the port of São Sebastião in São Paulo state and Itajaí in Santa Catarina. It is also looking to offer a concession for the access channel to Paranaguá port, along with leases for 19 port terminals across the country.

Camila Affonso, a partner at infrastructure consultancy Leggio Consultoria, tells BNamericas why PPPs are attractive for the Lula administration, w...

The Brazilian state awarded a contract to a consortium to build the Guaratuba bridge.