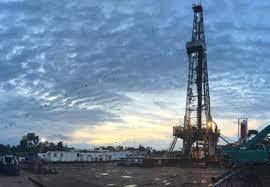 The initiative is designed to expand the knowledge about hydraulic fracturing (fracking) in unconventional oil and natural gas reservoirs and disseminate information on environmental aspects and the application of the technique, making the data available to society.

The US Energy Information Administration (EIA) ranks Brazil as the country with the world's 10th largest technically recoverable shale gas resources, at 6.9Tm3.

Studies and research are still needed to provide greater detail of the formations and evaluate Brazil's potential for unconventional resources, particularly reservoirs with low permeability.

But some institutions have presented estimates for the Brazilian basins with expectations for unconventional reservoirs of oil and gas, based on the available data.

The Parnaíba, Paraná, Solimões and Amazonas basins, for example, are deemed attractive for shale gas research.

Unconventional reservoirs of natural gas in closed formations (tight gas) may be the target of studies in the Recôncavo, São Francisco and Parecis basins. 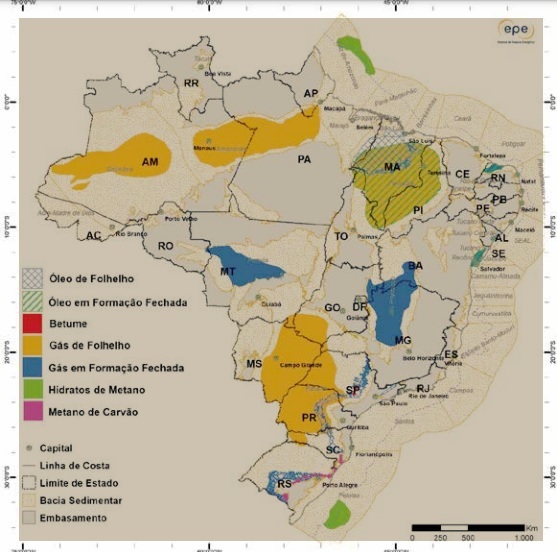 Despite the local potential, E&P of unconventional resources in Brazil remains relatively taboo, mostly due to environmental concerns about fracking, which consists of injecting a fluid into the rock formation with controlled flow and pressure, to cause rupture of the rock.

There is ample debate about the influence of the prospecting of these oil resources on hydrogeological flows of water aquifers due to the risk of expanding fractures and seismicity resulting from fracking operations.

In 2013, local watchdog ANP held an auction (12th concession bidding round) offering several exploration blocks with non-conventional hydrocarbon potential in the Paraná, Sergipe, Alagoas, Parnaíba and Recôncavo basins, but public legal lawsuits have prevented activities from being carried out in the areas.

Meanwhile, states like Paraná have approved bills prohibiting the exploration of non-conventional oil and gas with fracking.

According to the executive secretary of the Brazilian association of independent oil and gas producers (Abpip), Anabal Santos Júnior, various companies are assessing their participation in the Poço Transparente program.

“I dare say that it won't be for lack of interested parties that this initiative won't take place,” he told BNamericas.

With the goal of improvin knowledge about unconventional gas E&P, the association organized a corporate mission to Argentina between November 1 and 5.

Argentina's Vaca Muerta unconventional formation currently accounts for over 40% of that country's oil production and 38% of its natural gas output.

Among the main lessons learned was the evolution of techniques seen in the last 10 years enabling greater productivity, the number of fracture stages, reach of the wells etc., which will allow Brazil to maximize production and reduce operating costs, Santos Júnior said.

He also highlighted that there have been gains in environmental management, such as improvement in the water reuse factor, significantly reducing the impacts of the activity.

The drilling will take place in the Golfinho field, which was acquired from Petrobras in 2022.

YPFB to sell 4.7Mm3 of fuels to productive and service sectors