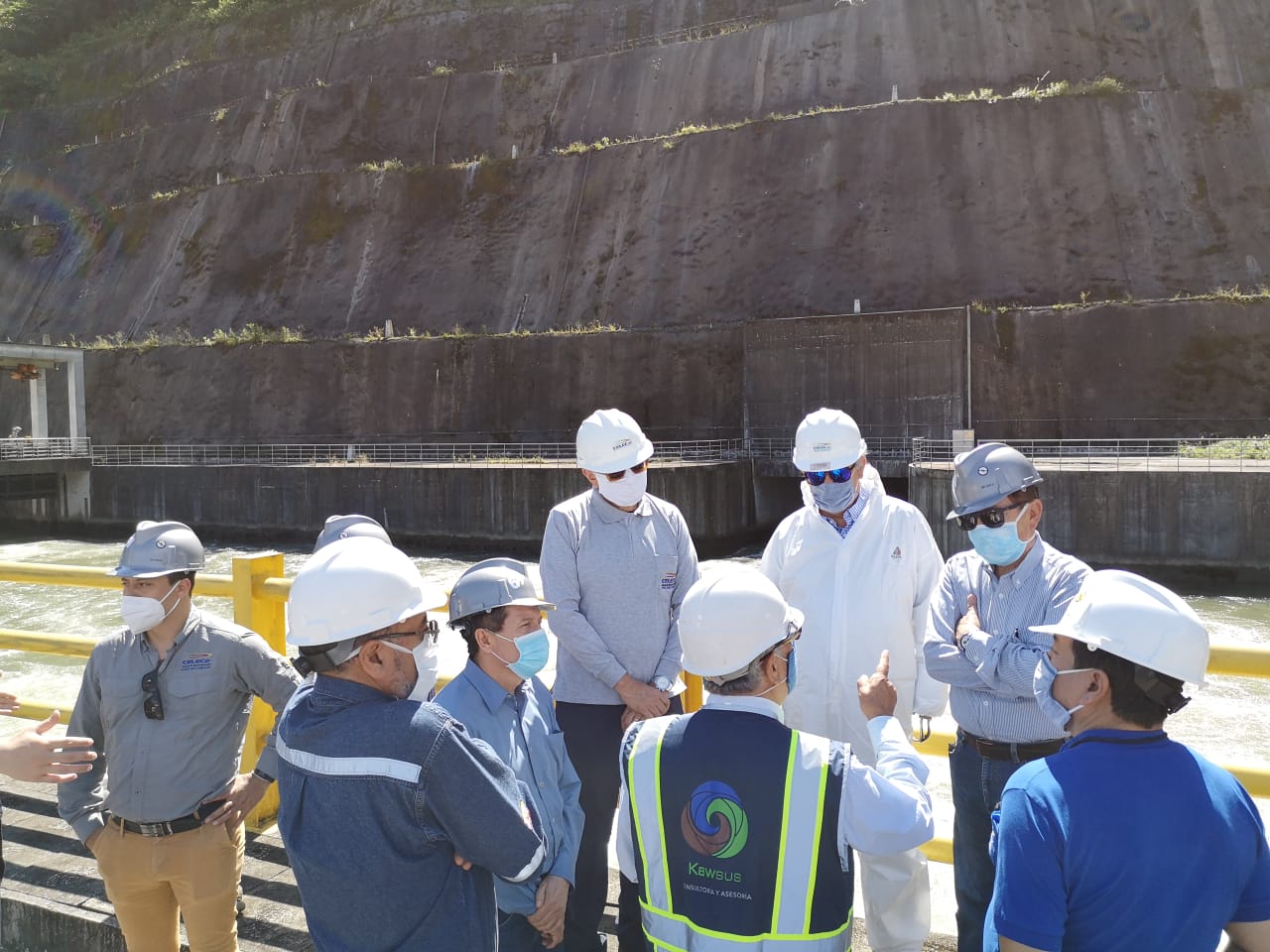 The General Manager (s) of the Electricity Corporation of Ecuador (CELEC EP), Gonzalo Uquillas Vallejo, verified the advances in the studies on the regressive erosion process in the Coca river basin, which will recommend the execution of emerging works for the precautionary works for the collection of the Coca Codo Sinclair hydroelectric plant, which supplies 30 percent of the energy consumed by the country.

The CELEC EP auditor, Raúl Maldonado, and the manager of the Coca Codo Sinclair Business Unit, Marcelo Reinoso, along with Fernando Jara and Vladimir Játiva, also participated in the work agenda. The latter form the Advisory Board appointed by the General Management of CELEC EP as an instance of external advice for decision-making.

On Thursday, June 11, in the San Carlos sector, they met with technicians from the contracted companies, who carried out, among other activities, an aerial photogrammetric survey of the area between the San Rafael waterfall and the El Salado area, a hydrological correlation study with the phenomenon of regressive river erosion, a geological model of the area and its correlation with the existing geological information and verification with a geological survey of the field, application of seismic methods for the detection of the rocky basement, determination of the stratigraphy and geometry of the subsoil .

Later, the work team moved to the junction of the Coca and Montana rivers, where landslides are registered.

“The progress of the studies is highly positive. We have asked the representatives of the consulting firms to interact in a coordinated manner, to share the information that is necessary to achieve the proposed objectives, that is, to identify the sites on the Coca River, where firm rock formations are located to implement protection works. and mitigation of possible risks to the collection works of the country's largest hydroelectric plant, Gonzalo Uquillas said.

"Field work is essential to inform on the guidelines and directives and the possibility that the works can be implemented in the shortest possible time," he said.

Vladimir Játiva, member of the Advisory Board formed by the General Management of CELEC EP, indicated that the way in which the studies on the regressive erosion of the Coca River are being carried out and that could affect the collection works of the plant was verified. Coca Codo Sinclair, if the preventive measures are not taken in the resistant points that appear in the studies. "In the area of geology there is a very notable advance," he said.

During a tour of the Coca Codo Sinclair Central Control Room, he greeted the workers. "Its management is very important, much more at a time when we are experiencing times when the country is going through a strong economic crisis and energy exports to Colombia have increased, which constitutes a source of income for the country," he said.

Subsequently, the working group held a meeting with representatives of the Army Corps of Engineers. Possibilities for cooperation were analyzed in a plan for emerging works in the Coca river channel and to avoid a possible impact on the uptake of the Coca Codo Sinclair plant.

CELEC EP will double the capacity of the Nueva Prosperina substation, in Guayaquil, with a new 225 MVA transformer

CELEC EP will double the capacity of the Nueva Prosperina substation, in Guayaquil, with a new 225 MVA transformer

Ecuador: Government ratified its incentive to new investment opportunities for the generation of energy projects

Energy storage to be ‘key’ for Polaris Renewable

Ecuador concretes IDB credit for the Ecuador-Peru interconnection, which will allow savings of USD 61 million per year