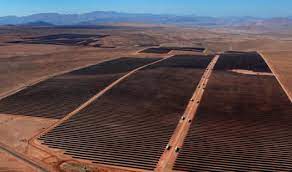 Project submissions to Chile’s environmental evaluation service SEA continued to decrease in October, compared to both September and a year ago.

Investments showed a slight uptick last month thanks to increases in the energy, transport and forestry sectors.

In October, 45 projects were submitted to SEA, four less than September and five below the number in the same month of 2021, the agency’s monthly report shows.

The energy sector led last month’s submissions with 13 projects, two more than in September. And investments increased from US$799mn to US$1.34bn in the same comparison.

Mining came in second with 10 projects, two less than the previous month, with investments climbing from US$11.2mn to US$25mn.

Two transport infrastructure projects worth a combined US$99mn in total were submitted last month. There were no submissions for this sector in September.

The forestry sector saw the submission of one project worth US$280mn in October, after no submissions the month before.

As in September, the port and water sectors did not see any submissions.

The biggest projects submitted for evaluation last month were:

17 projects were approved in October, two less than September, though investments rose from US$1.04bn to US$2.11bn thanks to increases in energy and mining.

The largest projects greenlighted by SEA last month were:

The NCRE industry projects great growth in Chile during 2023: How to make its processes more sustainable?

Advancing towards carbon neutrality by 2050, in addition to other initiatives that aim to build a more sustainable country, is one of the most impo...

Anillo project awarded to UAI studied the uncertainty in the future use of renewable energy in the Chilean energy t...

Challenges of the electromobility and electric energy storage law in Chile

Chile: Minister Pardow announces goals to boost investment in the energy sector during 2023

Javier Bustos: 'You have to give the energy customer a central role'

Chile is no longer top 15 in renewable energy but will rebound, according to expert