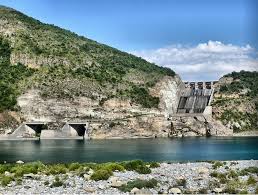 Small-scale water reservoirs and local councils managing a specific river basin or lake will be a key part of Chile’s water management strategy in the coming years as the country still grapples with a more than decade-long drought.

“It is essential to privilege efficiency and sustainability when managing water, in order to do more with less, and for us to decouple economic development from environmental degradation,” public works minister Juan Carlos García said while opening the II Expo Agua Santiago event.

The official said the approach is part of the government’s decentralization drive, and he has been in talks with regional governors to choose water sources that will be part of a pilot plan for basin councils.

“We understand that water basins are the most optimal geographical territorial unit for water resource planning and management,” García said.

The pilot program will also provide information for a future bill that will outline the attributions of the councils, the minister said, adding that this process “won’t be easy, since it involves many diverse actors.”

As for how this approach will affect water infrastructure plans, Nathalie Joignant, head of the Santiago metropolitan region office of the agriculture ministry (MINAGRI), told BNamericas during the event that one of the government’s goals is not only to ensure water for consumption, but to preserve ecosystems and agriculture.

“The idea is to stop having large reservoirs that flood world biodiversity zones and UNESCO recognized zones, and affect ecosystems,” she said, adding that disrupting river and lake ecosystems with dams could also have climate effects and impact green areas downstream.

In August, the government postponed a tender for the US$369mn Punilla multipurpose reservoir and García said it was under review.

The planned reservoir was heavily criticized by environmental groups and locals, who ended up blocking the project in court after resisting relocation.

“The trend now is to move towards smaller reservoirs. In the metropolitan region we’re working on micro-dams, or at the most medium-sized reservoirs for strategic sites,” Joignant said.

When asked about reusing treated wastewater for agriculture, Joignant said that would require the graywaters law, which was passed in 2018 but still needs regulations from the health ministry for its application and has not yet been promulgated.

The other issue is the status of water rights among farmers.

“Right now water is a market good, therefore there are some farmers without water rights and are affected by low river levels,” she said.

The proposed new constitution rejected by voters last month would have replaced water rights with non-tradable usage authorizations that would not have constituted property.

Joignant says that major changes to Chile’s irrigation outlook are not possible without a constitutional change.

Want to read more information about Chile looks to move away from large-scale reservoirs?