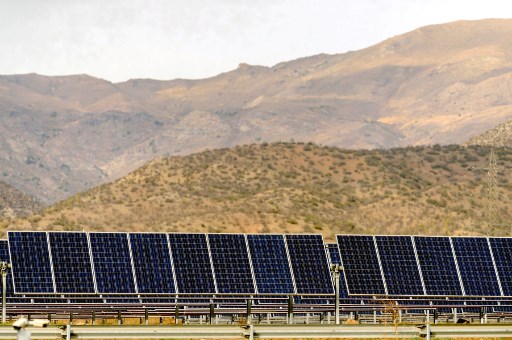 A Chilean renewables trade group claims that the country risks losing out on the construction of several distributed generation projects of up to 9MW each (known locally as PMGD) if it does not adjust the schedule to start the sector’s new price regulation.

According to a recent decision by energy regulator CNE, projects have until March 14 to issue requests to start construction if they want to ensure they will have their authorizations by April 8, the deadline to stay under the old stabilized price regime, widely considered key for the financing of some solar projects.

In 2020, Chile announced it would adjust the existing stabilized price regime, aimed at helping distributed generation projects access more stable remuneration to help them obtain financing, by rewarding generators less for injecting energy during the day and more for doing so in the evenings and at night. Projects filed before a certain date could remain in the old regime for up to 14 years.

Solar trade group Acesol has warned that, due to the number of projects attempting to obtain approval in time to remain in the old regime, CNE's processing capacity is reaching its limit, as projects totaling between 800MW and 1,000MW are pending authorization for construction.

Acesol told local outlet Energía Estratégica that it was seeking dialogue with energy authorities of the new government of Gabriel Boric. The trade group is asking for the rules to be reinterpreted so that April 8 would be the deadline for projects to issue their construction authorization requests, so CNE can take as long as it needs to evaluate each project.

PMGD projects are becoming increasingly important in the Chilean power grid. According to renewables trade group Acera, at the end of February the country had 1.8GW of installed PMGD capacity, 15% of the country’s total renewable capacity. Meanwhile, small projects not connected to the distribution grid make up 321MW, while net-billing projects (household generation meant for self-consumption) reached a total of over 108MW.

Meanwhile, plans to build Chile’s largest ongoing transmission project have cleared another regulatory hurdle, as the national economic prosecutor’s office FNE approved the creation of the three-company consortium that was awarded the construction contract in December last year.

“After its investigation … FNE concluded that the operation would not substantially reduce competition. Our analysis considered, among other factors, information requests to several industry actors through transmission and generation companies in northern Chile and sector authorities” including CNE, grid coordinator CEN and fuel and electricity watchdog SEC, the office said.

The agency also said the new market agent would control 14.1% of Chile’s transmission market once the US$1.5bn Kimal-Lo Aguirre project came online, and its existence was not likely to change “the existing incentive scheme” in the related power distribution and generation segments.

The line is considered essential to allow Chile to meet its coal retirement commitments by replacing thermal generation in the central regions with renewable output that is heavily concentrated in the country's north.

The winning consortium will have three years to complete the environmental and other permitting processes, and construction will take some four and a half years. The project is therefore expected to enter operation towards the end of 2029.

Javier Bustos: 'You have to give the energy customer a central role'

The executive director of ACENOR said it cannot be that the energy sector is concerned only with the construction of more transmission lines and ge...

Chile is no longer top 15 in renewable energy but will rebound, according to expert

The country experienced a drop of two places on the list that includes the most attractive nations to invest in NCRE, to 17th.

Chile: President of Acera meets with Minister of the Environment to present the 2023 work agenda for the renewable ...