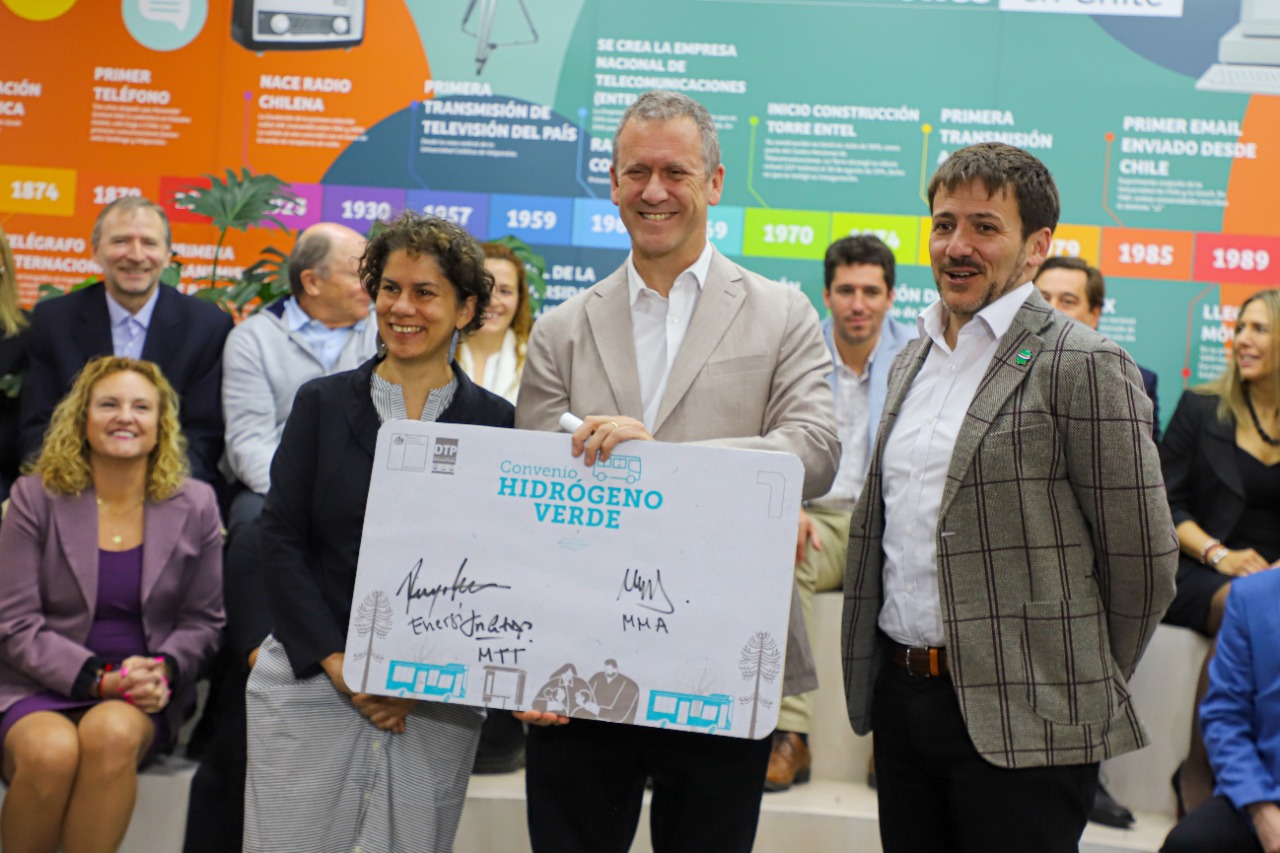 Chile will start a green hydrogen public transport pilot next year as part of the country’s efforts to become carbon neutral by 2050.

Authorities are also studying the use of green hydrogen applications in other areas.

The bus pilot will benefit Santiago’s RED BRT system and will be facilitated through an agreement between the transport (MTT), environment (MMA) and energy ministries, plus 25 private and academic institutions.

When consulted by BNamericas about other applications, such as trains, he said the ministry and Universidad Técnica Federico Santa María are developing a separate pilot for a green hydrogen locomotive.

“That’s a project that is advancing, and we expect it to yield results soon, and that we’re able to make an announcement relatively soon,” he said.

Chile is aiming to have all of its public transport buses to be electric by 2040.

Environment minister Maisa Rojas said at the event the pilot is an example of a public-private alliance furthering Chile’s climate goals.

In November, Rojas and other ministers will form part of Chile’s delegation to the COP27 climate conference in Egypt.

“What Chile is going to do at COP is to maintain the country’s position, which is a stance of ambition,” Rojas said in response to a question by BNamericas about the country’s summit goals. The ambition relates to Chile’s willingness to carry out a radical energy transition, even though it’s not a major greenhouse gas emitter.

COP27 will be marked by disputes around issues of loss and damage, with developing countries demanding the creation of a dedicated fund, which developed countries oppose for fear of having to pay compensations.

Asked by BNamericas about Chile’s position, Rojas replied Chile has been designated as a co-facilitator, alongside Germany, to foster dialog around the issue, which would be among the most emotionally charged debates at the conference.

“To co-facilitate means to work as a bridge to bring parties closer, that is the role I will have to play at COP27,” she said.

The world’s largest copper producer takes another step towards its goal of operating with a 70% decarbonized energy matrix by 2026, the Chilean min...

A roundup of project evaluation news from Chile.

Chile: President of Acera meets with Minister of the Environment to present the 2023 work agenda for the renewable ...

Chile: Experts agree that a law is necessary that typifies a new category of free customer in distribution