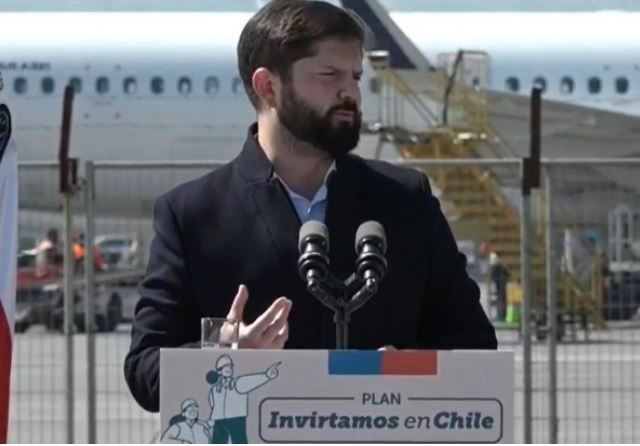 The Invest in Chile Plan announced Monday calls on the private sector to invest and participate in the country's decarbonization.

Under the plan, new copper projects and those undergoing expansions may be exempt from paying the ad valorem component of the proposed royalty bill. The exemption would be for five years.

Since discussion of new royalties began in 2018 in the lower chamber, the most criticized aspect has been the ad valorem component on copper sales. The mining industry argues that it would not consider the cost realities of mining operations, implying a risk for competitiveness and sustainability of the sector, especially for those with higher costs.

The royalty bill has undergone a series of modifications since its inception. Lower house members proposed a charge of 3% on the nominal value of extracted minerals. The senate's mining committee then modified the proposal and introduced an ad valorem rate of 1-3%, depending on the price of copper, and a levy on operating profit of 2-40%.

Finally, this year as part of President Boric's tax reform, the finance ministry proposed an intermediate formula that considers a component on sales of 1-4% depending on volumes, and rates of 2-32% on operating profits, increasing as the price of copper rises.

It is not clear what the final law will look like, nor whether the taxes would replace or be in addition to current royalties on operating profits.

The investment plan also considers the creation of a regional committee, under the coordination of the economy ministry, made up of the ministries of energy, mining, economy, foreign investment promotion agency InvestChile and the development departments of each regional government. The purpose will be to constantly monitor projects.

It will seek to reduce the number of halted projects and facilitate new initiatives in the areas of construction, energy, transportation and mining.

More information about the plan can be read here.

To read more details about Chile's tax reform and mining royalty, use this link.

The agreement could reshuffle Chile's lithium exports, with consequences for both China and the US.

BNamericas spoke with Patricio Cartagena, a lawyer and secretary general of the Chilean mining chamber, about the reasons for postponing the propos...

Codelco to optimize production plans and investment projects for 2023-27

The metallurgical technology that could revolutionize copper smelters