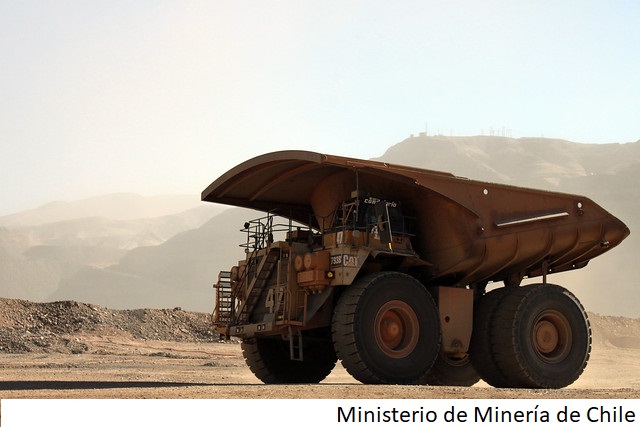 Chile’s lower house approved by 78 votes to 55, with four abstentions, a royalty bill that would add a 3% tax on sales of copper and lithium over production of 12,000t/y and 50,000t/y, respectively.

The bill also includes a progressive tax on copper sales depending on the market price.

The current tax system for miners includes corporate tax of 27% and a special tax of up to 14% depending on production rates. Below 50,000t/y of copper production, mining companies pay 9%.

The bill will allocate resources from the 3% rate to mining regions, with 25% for development and 75% to mitigate and/or repair environmental damage caused by mining.

Likewise, the additional income is set to finance expenses related to the pandemic until it is overcome and then it would go to the country’s treasury.

In the lower house debate on Thursday, mining and energy minister Juan Carlos Jobet said that resources that would be generated by the royalty bill will not help overcome the pandemic as around 80% of current mining contracts have tax invariability until 2024.

Earlier this week, Jobet said that if the bill becomes law, miners will pay up to 82% in royalties and taxes on sales.

In a release, the head of national mining association Sonami, Diego Hernández, lamented the lower house decision as he considers that senate approval would mean “not having more mining in Chile,” which is the world’s largest copper producer.

According to the executive VP of the country’s mining suppliers association Aprimin, Sergio Hernández, the royalty will leave Chile “out of any competition with other mining countries, halting Chile’s progress in mining and with fatal effects for the entire productive chain left by this primary activity.”

Late Thursday, Jobet said in a TV interview that he hopes a reasonable discussion will be held in the senate, considering that the proposed royalty bill leaves the country out of the worldwide mining tax range. The government has argued that the bill is unconstitutional as tax matters are the prerogative the executive.

A date for discussion in senate is not yet decided.

The company completed the detachment from its controller Peruvian conglomerate Aenza, formerly Graña y Montero, and now aims to up the ante on five...

Alicia Domínguez, mining tax expert at consultancy EY, talks to BNamericas about the dangers of the bill, better alternatives, and more.

‘Nervousness has declined but it still exists in investors towards Chile’

Atacama Gold and the Green Port project, in the Coquimbo region, applaud the reactivation of the bio-oceanic corridor

To be competitive, Chile urged to align copper tax with costs