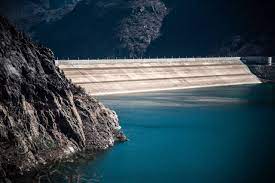 A bill to create a new water office under Chile’s public works ministry (MOP) is now under debate by the Senate water resources and drought committee, following approval by the public works committee.

Despite the progress in the bill, there is only a small time frame for it to be passed before the new government takes office on March 11.

“A new government is coming in, lots of things things are going to change, but the issue with water is going to remain regardless of the political changes or the new constitution. Any government will have to face this problem and Chile currently lacks better tools to address a problem of this magnitude,” public works minister Alfredo Moreno told the committee.

He pointed out that the MOP, despite being one of the largest ministries in terms of budget and staff, only has one undersecretariat, meaning there is less delegation of duties. By contrast the social development ministry, which Moreno led between 2018 and 2019 and which he says has a tenth of the MOP’s resources and workers, has three undersecretariats.

“That means that there’s no division of functions and those nine offices [within the MOP] depend on one minister and one undersecretariat,” Moreno said.

The new office would have direct jurisdiction over water regulator DGA, as well as waterworks agency DOH, which would be divided into a water infrastructure division (dubbed DIH) and a rural water services office (DSSR).

Another new division under the new undersecretariat would be a water information office, since Moreno pointed out that countries that have successfully tackled water scarcity have generally has vast information banks for authorities and the public at large.

Moreno previously noted that the new agencies would also allow the MOP to carry out desalination projects, even using the concessions system.

He added that the idea of a specialized water undersecretariat was suggested as far back as 2013 by a World Bank study, but he complained that there has been “unfortunately, a history of a lot of analysis and not much action.”

However, the bill was criticized from NGO Ecosur, whose representative Pamela Poo also made a presentation the senate water committee.

In particular, Poo criticized the fact that the bill was presented before the draft of the country's new constitution has been completed, which is expected to tackle issues such as water rights. She pointed out that the MOP's entire structure could also be affected by the changes.

“This bill should have come eight years ago,” she said, noting that the proposed new agencies would further divide the MOP’s powers on water, which was one of the aspects criticized by the 2013 World Bank report.

As an option, Ecosur suggested strengthening the authority of the DGA, particularly its inspection role, thus applying more pressure to industries using water.

In the case of mining, Poo said that on average mining only uses 4% of the country’s water resources nationally, when it comes to the specific areas where mines operate, that percentage jumps to 50%.

While some companies have started to use desalination, the Ecosur representative claimed that this has not translated into lower freshwater consumption.

Law No. 21,420 and the inadvertent reforms to the mining code

Alfonso Santini, lawyer-partner of the Chilean Mining Chamber, gives his opinion on the reform of the mining code that will come into force on Febr...

Chile: TPP11 agreement was dispatched by the Senate