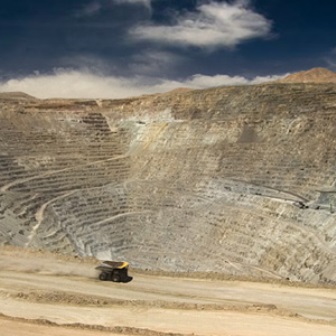 After unionized workers at Chuquicamata, the world’s largest open pit copper mine, rejected Codelco’s proposal on Saturday, the state-owned copper company and unions 1, 2 and 3, which have a combined membership of 3,200 workers, resumed wage talks but failed to reach an agreement.

Keeping the offer valid for 36 months, it also included a 1.6% salary adjustment.

However, the unions rejected the proposal because it didn't include their key demands. These include post-employment health insurance plans, the same benefits and rights for new workers, participation in the transformation from open pit to underground operation, and better benefits in the Copper Hospital.

“Despite all the effort we made to deliver a proposal that reflected the necessities of our workers…this Tuesday May 21 the counterpart has repeated its offer of ‘rapid signature’ already rejected in the past, thus disregarding the value and indisputable importance of the four key areas,” the unions said.

They added that Codelco abandoned the negotiating table despite the union leadership expressing its willingness to reach agreement and avoid future conflicts.

Unions 1, 2, and 3 have called for a general assembly on Thursday to discuss the regulated process of collective negotiation.

Codelco is set to make a final offer on May 24, on which a vote is scheduled for May 29 and 30. If unions reject the offer again, they can vote to strike or begin a negotiating process with the labor inspectorate.

There are 764 tailings dumps dotted across the country, of which 473 are inactive and 173 abandoned, according to a survey by national geology and ...

The first attempt to draw up a new constitution, in a process agreed following social unrest in late 2019, was rejected in a referendum on Septembe...

Can rare earth elements be a unique opportunity for Chile?