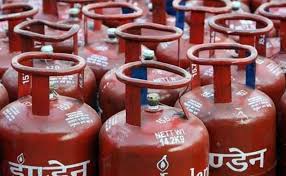 The Bogotá-based entity said the supply crunch would be heightened by state oil company Ecopetrol's decision to seek alternative off-takers.

"Ecopetrol expects to use LPG from its production for other uses that are more profitable than the domestic public service," it said in a statement.

According to Gasnova, LPG sales have climbed more than 2% year on year in 2019. From January to October, sales averaged 51,792t per month, driven by demand in the departments of Antioquia, Cundinamarca, Nariño and Valle del Cauca, as well as capital Bogotá.

The mines and energy ministry has also created an LPG operation and supply committee, which it says will help avoid a future deficit of the fuel and ensure the smooth running of its value chain.

According to government forecasts, national LPG production will fall 3.4% annually over the next four years while demand rises.

A resolution published last December authorized the entry of new players in the LPG market and paved the way for imports of the fuel.

However, the leaders of Brazil and Mexico have a major task ahead convincing investors about their intentions.

In 2020, Superservicios imposed fines of about $ 96 billion on home utility providers