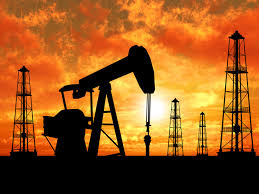 Colombian oil and gas regulator ANH has set new deadlines for the third cycle of its permanent offer of oil and gas drilling rights amid uncertainty caused by the COVID-19 crisis.

Interested companies now have until August 31 to present preliminary documents and the ANH will publish the names of pre-qualifiers on September 21. A definitive list of eligible companies will be released four days later.

Expressions of interest are due on June 17 and initial bids are scheduled to be received on October 30. Companies will then have until November 17 to lodge counteroffers while initial bidders can exercise an option to raise their proposals on November 30.

According to ANH, companies have submitted interest in 39 blocks: five of which are offshore: within the Guajira and Sinú basins in the Caribbean sea.

The largest onshore area to receive interest is the Cag-7 emerging block, which covers 215,559ha. The Sin-Off 11 license is the biggest offshore area with 153,017ha.

ANH also published updated terms of reference and application forms related to requests for the incorporation of areas and expressions of interest to bid.

More information, in Spanish, can be seen here.

Colombia's plans to push ahead with the permanent offer's third cycle come despite a sharp oil price downturn that has prompted operators to slash their capital spending and cast doubt over the profitability of new projects.

Some 26 areas out of an available 70 were auctioned in the first two cycles of the permanent offer in 2019. In addition, ANH assigned five offshore E&P contracts to holders of technical evaluation contracts. Total investment in the 31 blocks is estimated at US$2.23bn.

Last year's auctions ended a five-year oil licensing round hiatus in the Andean country, which relies on crude oil for more than 50% of its export revenue.

An updated map of areas currently available to companies in the permanent offer can be seen here.

On the development front, the firm will allocate US$215-$255mn to upstream activities in Colombia and Ecuador, including US$110-130mn to drill 55 g...

The country's energy ministry planning unit has warned of an electricity shortage by 2026 if new supply is not secured.

Want to read more information about Colombia updates bidding schedule for E&P round?