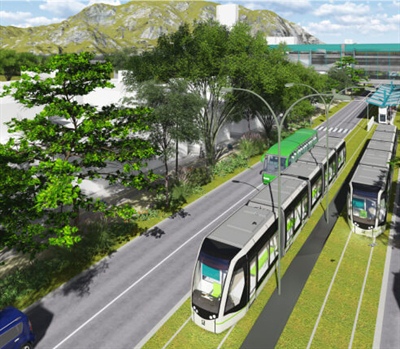 Construction of the Avenida 80 light rail line in Medellín, Colombia's second biggest city, is set to start in the first quarter of next year.

“With the contract signed for the work and supply of rolling stock and the supervision contract, we can say that we should advance to the order to start in early January," Tomás Elejalde, manager of state-owned subway firm Metro de Medellín, said in comments broadcast by Medellín city hall.

According to Elejalde, the audit report on the award of the contract will be ready in the next few days.

Empresas Publicas de Medellín (EPM) designed the networks for the first section of the light rail system and these designs will be delivered to the winning bidder.

The project consists of a 13.3km light rail line with 17 stations along Avenida 80 in the city. Operations are expected to start in 2027.

The rail line is considered the most important public transport initiative to be carried out in the capital of Antioquia department during the last 25 years.

The State will finance 70% of the work, while the remaining 30% will be covered by the city authorities.

The company is carrying out trials and implementations of the solution in the Caribbean, BNamericas was told. Phoenix Tower is also expanding its 1...

The projects are for the departments of Cauca, Chocó and Putumayo, and part of the Reactivación 2.0 program.

Bogotá to contract works to build second metro line in 2023