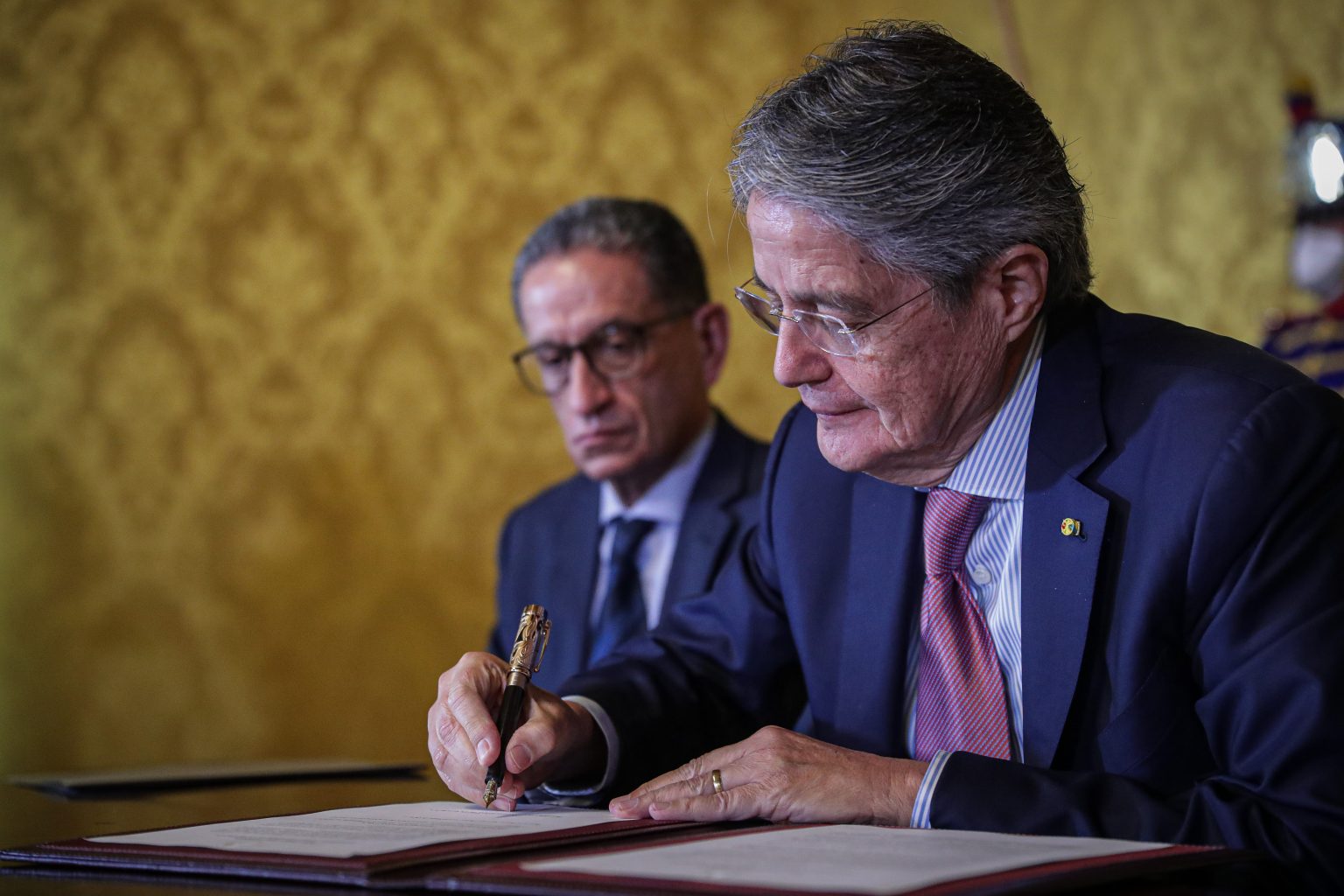 Quito, Ecuador. In order to increase daily national oil production in a rational and environmentally sustainable manner, today the Government of the Meeting marks a historic milestone with the presentation of a new hydrocarbon policy that establishes an immediate action plan for the next 100 days. This initiative determines the guidelines for work throughout the oil value chain in the country, with a focus on reforming the regulatory framework, strengthening legal security, attracting investment, and improving efficiency in public companies, in a transparent manner.

The announcement was made by the President of the Republic, Guillermo Lasso , this Wednesday, July 7, by signing Executive Decree No. 95 that formalizes this decision. The central objective of the action plan is to optimize state revenues, for which, in addition to increasing hydrocarbon production, in a rational and environmentally sustainable manner; It will reduce inefficiencies and costs in the areas of industrialization, transportation and commercialization of hydrocarbons.

All this, with one purpose: "This Government of the Meeting will allocate part of the oil resources to social development programs (...) especially in the area of influence of the hydrocarbon activity, so that the communities have a fair remuneration," said the President and detailed that it will mainly focus on the government's commitment to combat chronic child malnutrition.

To this end, the creation of a Sustainability Fund is foreseen that will be fed with a percentage of the sale of oil and administered by a committee made up of the ministries of Economy and Finance, and of Energy and Non-Renewable Natural Resources ; in addition to three independent members of civil society. "This fund will be of great importance for social programs, our main objective is to combat poverty, reduce social inequality gaps and generate well-being for the nearly 18 million compatriots," emphasized the President.

The Decree will also make it possible to strengthen legal security and trust in Ecuador, which in turn will boost local and foreign private investment. In addition, the conditions for contracts that include minimum investment commitments and fair participation will be improved; and new tenders will be promoted. Also - under technical and financial parameters - the Government will determine which fields can be operated by Petroecuador and which can be delegated to private initiative. Within the framework of transparency, a review and diagnosis of the oil marketing processes of the last 10 years will be carried out.

The minister of the sector, Juan Carlos Bermeo , indicated that with this decree the way forward has been traced to transform the national oil area "under this protection, the Ministry will immediately execute the strategies and regulatory reforms that allow generating the best technical conditions , operational and legal to attract new investment for oil development. In addition, we will work hard to transform the public oil company under standards of transparency, ethics and good practices, "he said . In addition, they reported that on July 6, the Hydrocarbon Operations Regulation was approved, repealing the one in force since 2018, in order to expand and make viable the application of new practices and modern technologies to optimize oil production; as well as reducing times and significantly simplifying procedures for the approval of administrative procedures.

President Guillermo Lasso ended his speech by emphasizing that “we must responsibly exploit the crude that we have and use that resource intelligently, which belongs to all Ecuadorians. We can't afford not to, every dollar counts. We are going to make that wealth benefit us all. Together with you, this Government of the Meeting is going to achieve it! ”.

The Ministry of Energy and Mines of Ecuador declared Force Majeure to the entire value chain of hydrocarbons in the...

Stoppages in Ecuador cause economic losses in the hydrocarbon sector

EP Petroecuador invites national and international companies interested in participating in the bidding process to ...

EP Petroecuador invites national and international companies interested in participating in the bidding process to ...

Want to read more information about Ecuador has a new hydrocarbon policy?