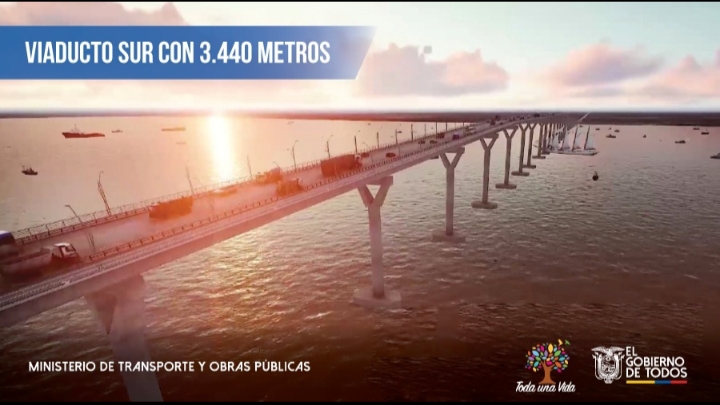 Of the 10,290km of Ecuador’s state road network, only 17% is operated by private companies. However, the government of Guillermo Lasso aims to up that to 40% by the time his term ends in 2025.

The project portfolio includes 12 roads, of which four will have priority totaling capex of US$1.03bn, according to Lorena Marín, representative of the transport and public works delegations department, who was speaking during a panel on new transport infrastructure opportunities at an infrastructure summit held in Quito.

The four priority projects are: Viaducto Sur de Guayaquil, also known as the fifth bridge or Cruce Sur road system; the Guayaquil-Quito highway; the Guayaquil-Cuenca highway; and the Manta-Quevedo highway. They should all be put out to tender in 2024 or 2025.

The government also plans to award rail projects to the private sector. And Marín said the project portfolio will continue to grow as analyses are completed in other areas such as airports.

The official added that the government will seek to ensure that the failures seen in previous concessions, in the 1990s, are not repeated, both in contractual matters and in the bidding documents.

Quito's public water and sanitation company plans to build a unit considered vital to decontaminate the rivers around the capital.

The only thing missing is the final study of the bus terminal, which is already designed at a functional level, said mobility consultant César Arias.

With an eye on 2022 opening, Quito metro prepares tender to hire operator

Ecuador looks to speed up restoration of rail network

Other projects in: Infrastructure (Ecuador)

Other companies in: Infrastructure (Ecuador)