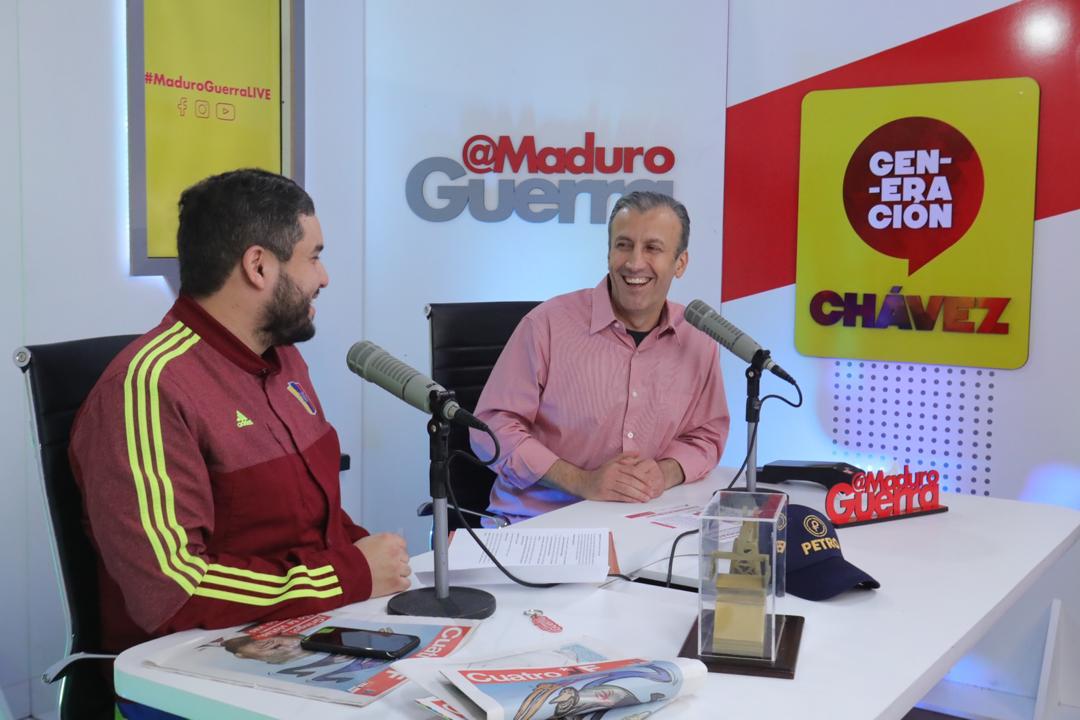 Caracas, June 3, 2020.-   The Sector Vice President of the Economic Area, Tareck El Aissami rejected the sanctions imposed this Tuesday by the Treasury Department against four international shipping companies for having links with Venezuela in the transportation of oil.

During his intervention in the On Line Forum with Nicolás Maduro Guerra, he described as infamous the aggression against these shipping companies imposed this Tuesday by the United States for maintaining commercial ties with PDVSA.

In a statement, the Treasury Department specified that the sanctioned shipping companies are Afranav Maritime, Seacomber, Adamant Maritime and Sanibel Shiptrade, which imperialism accused of having transported Venezuelan oil during 2020.

"The empire again threatens and intimidates world companies that want to trade oil or any derivative with Venezuela," said El Aissami, while infamous this new aggression by the United States.

"The United States has its country on fire and, to try to distract world public attention to the tragedy experienced by the American people, they sanction four shipping companies that are related to the world's oil industries and that through third parties had a commercial link with PDVSA, they chase and block them, "he said.

El Aissami blamed the criminal and stateless right for the sanctions imposed by Donald Trump on Venezuela, which in complicity have stolen the country's assets abroad.

“PDVSA has suffered serious injuries in the last three years. We have been subjected to extreme situations causing a deterioration in the oil industry that has been losing its productive capacity, "he said.

He explained that the blockade and sanctions have prevented PDVSA from importing spare parts, additives, from trading freely to generate wealth and reinvesting them, and have denied access to all kinds of financing by the Venezuelan state.

"It is a direct criminal attack on the oil industry. From Venezuela we have resisted with dignity with our heroic oil working class, to whom we thank for his loyalty to President Nicolás Maduro and his deep patriotic conscience, "he pointed out.

The People's Power Minister of Petroleum reiterated that in the face of US aggressions, the working class closed ranks around the Industry and the leadership of President Nicolás Maduro, managing to sustain production and initiate a miraculous recovery.

“With our sister Islamic Republic of Iran, with whom we have energy cooperation agreements, we managed to get ships with fuel, spare parts, supplies and additives to Venezuela to strengthen internal productive capacity, starting this June 1st a new distribution and commercialization of fuel ”, he pointed out.

As Argentina faces the risk of a messy sovereign debt default, BNamericas takes a look at the week ahead for the region's energy market.

President Maduro: Economic recovery will depend on OPEC + agreement

Latin America barreling toward a maelstrom

Other projects in: Oil & Gas (Venezuela)