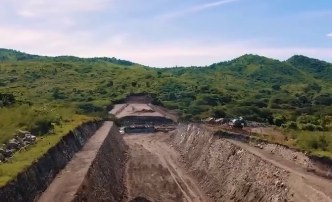 The El Salvador government has announced that it has requested that congress approve a US$414mn public works budget for 2023, some US$82mn more than that passed for this year.

The full budget bill presented by the public works ministry (MOP) to lawmakers tops US$8.9bn and is currently being discussed by the finance and budget committee.

Public works minister Romeo Rodríguez told legislators that the funds will be allocated as follows: US$19.2mn for the ministry’s operating expenses, US$183mn for road maintenance fund Fovial, US$3.9mn for the fund for road accident victims (Fonat), US$202mn for projects and US$5.5mn for national water and sewerage operator ANDA.

Rodríguez mentioned some of the programs and projects that will receive funds if the public works budget is approved.

“We have several projects: completion of the Gerardo Barrios bypass, building the Los Chorros highway …. There are also several projects that we haven't been able to start, like the works on the highway to connect El Obispo beach and El Zonte, which is currently being tendered. The start date will depend on the funding,” he was quoted as saying by La Prensa Gráfica.

The construction of this 21km road involves estimated capex of US$160mn and has been divided into several stages.

These include expanding the existing road that runs from the highway between Mocagua and El Obrajuelo, from El Obrajuelo to Hato Nuevo, and the construction of a 7.2km stretch along with bike lanes and two overpasses in San Miguel. The project is being partly financed with funds from the Japan International Cooperation Agency (JICA).

The works involve the construction of a viaduct and widening the road to eight lanes between the Monseñor Romero highway and CA01W in the municipalities of Santa Tecla, Colón and San Juan Opico in La Libertad department.

The works are divided into three sections but will be carried out under a single contract.

The project is part of the Corredor Oeste master plan, which is intended to improve logistics in the west of the country, promoting trade at both the national and regional levels.

The first stage of the works involves widening the road from El Faro to Conchalio, near the Surf City bypass, and it is currently being tendered. Rodríguez said that bids were due to be received on November 10.

Equipment and machinery were moved to the Guatemalan side to speed up the construction process.

With the works that will be carried out on the highway, a historical problem of vulnerability will be solved, private investment will be stimulated...