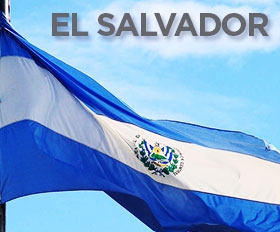 After a year and a half of double-digit bank deposit growth in El Salvador driven by booming remittance levels, deposit rates are returning to levels closer to 5% year-on-year increases.

As the US labor market reactivated and fears of a crackdown on undocumented immigrants grew, remittances jumped 10% in 2017 to US$5.04bn. About 20% of remittances arrived in the form of bank deposits.

This drove bank deposits in 2017 nearly US$1bn higher to US$11.7bn, according to central bank and sector regulator (SSF) data.

"The year 2017 was so atypical that we had not organized our growth approach based on that large funding that came in," said Ana Beatriz Marín, financial vice president of Banco Agrícola, as reported in regional news outlet El Economista.

"So much liquidity accumulated that it was reoriented and all the financing was paid with correspondent banks. We closed the year practically without medium and short-term debt with international banks."

One positive effect from the liquidity is a greater ability for banks to place loans, helping to keep interest rates stable and resisting the pressure of higher international reference rates, she added.

Currently, interest rates on consumer loans in El Salvador start at around 8.25%.

"The accumulated funding of 2017 served to grow about US$207mn in loan portfolio at a relatively lower cost," said Marín.

The feature on the app works at no additional charge as long as both users have Scotia accounts in the country.

How Accion is working for greater financial inclusion in LatAm

BNamericas speaks with a VP of US-based nonprofit Accion about two programs that are seeking to address the still-large gap in financial inclusion ...

Remittances to El Salvador edge up