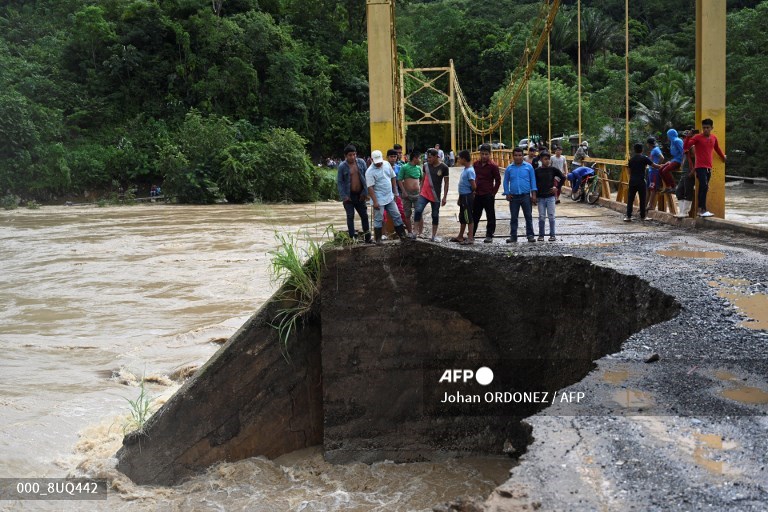 A lack of planning, bills stuck in congress and weak institutions threaten big infrastructure projects in Guatemala, according to industry players.

Most growth this year will come from the housing and commercial areas, participants at a webinar hosted by the construction chamber (Anacovi/Construguate) said.

“In infrastructure investment the biggest [player] right now sadly is private. Multinationals have installed themselves. That generates investment, employment, a lot of things but we have no investment in infrastructure from the central government,” real estate consultancy Intus CEO Humberto Olavarria said.

Major infrastructure projects like light rail systems for Guatemala City, an underground metro, the FTN road system to take heavy vehicles off the capital’s roads, the Aerometro to link the satellite city of Mixco, and updates to port and airport facilities have progressed only slowly.

Attempts to promote an infrastructure law and restructure the PPP regulations, including promotion agency Anadie, have faced resistance in congress. The resistance is linked to a campaign for the constitutional court election in April, as the court will rule on key initiatives, including mining laws.

Olavarria said, “the road infrastructure bill is not even in the first stage and we’re seeing the levels of corruption that have existed for the past 20 years and they’re horrible. If we don’t solve that we will not have a generating economy.”

Guatemala City builds currently one underpass per year on average. But mayor Ricardo Quiñónez wants to build six in 2021.

Yet, without a central planning authority, local councils and the infrastructure ministry draw up their own plans which prevents any initiative from taking off, the webinar participants agreed.

The offer is the biggest problem for investment rather than demand. “We have 10 roads for PPPs right now. We put them [out to tender] locally and internationally ... but there’s a huge problem in the offer,” the chamber's executive director Oscar Sequeira said.

“To move projects forward, you need to have capable people, order, training and the legislative stability to be able to do things and that’s what’s failing us. [It's an] inability to create public goods.”

Alvaro Zepeda, director of the construction chamber, told BNamericas, “everyone that moves around political issues, congress authorisations, permits, has made projects impracticable. Who will invest if you don’t have certainty? There’s big investment capital that we have lost in Guatemala [due to] political and corruption and legal problems.”

Zepeda suggested creating a central authority to change the dynamic and create trust.

“I do think we have to create a national infrastructure council. It is something that we have talked about in the construction chamber for years. A regulator ... a higher entity where everything that is infrastructure is being analyzed,” Zepeda told BNamericas.

Such change is not on the horizon, however.

Sequeira said at the webinar, “we are betting on an infrastructure law that is on a deer’s tail because each time we see it it’s further away and it keeps moving.”

The Government of President Alejandro Giammattei reported today that the construction process of the International Cargo Airport in the Pacific is ...

The Tarjeta Ciudadana project was due to start in 2020 but was delayed due to the COVID-19 pandemic. The initial cost is US$9mn but it could be exp...

Could Guatemala's port authority drag down the investment outlook?

Other projects in: Infrastructure (Guatemala)