Has Colombia's monetary tightening cycle come to an end? 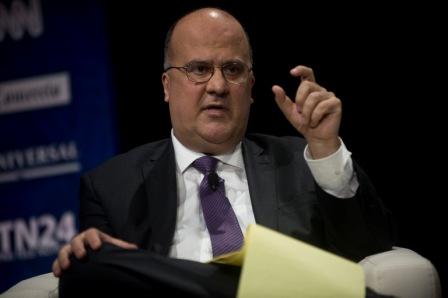 Colombia's central bank raised its benchmark interest rate by 25 basis points to 7.25% last Friday in what some analysts expect to be the last hike in the current monetary tightening cycle.

The central bank has increased the benchmark rate by 275bp since September in its fight against high inflation.

Friday's decision was in line with the market consensus forecast.

The 12-month inflation rate slowed to 7.93% in April from 8.0% the previous month, but it remains much higher than the central bank's 2-4% target range.

This year's inflation has been mostly due to the depreciation of the peso, the so called El Niño weather phenomenon and its impact on food prices, and some indexation mechanisms.

In the absence of a renewed slide in the currency, the central bank's work "could now be done," said Capital Economics in a research note.

"All eyes are still on the currency," Capital Economics noted, and this will be the factor that could trigger additional rate hikes.

BNamericas talks to the president of coal producer association Fenalcarbón, Carlos Cante, about the government's tax proposals and effects on the i...

Philippe Serres, regional director for South America at Proparco, talks with BNamericas about the future plans of the development-focused lender.

The Colombian Government reiterates that it will respect the more than 330 current contracts for the exploration an...

Want to read more information about Has Colombia's monetary tightening cycle come to an end??