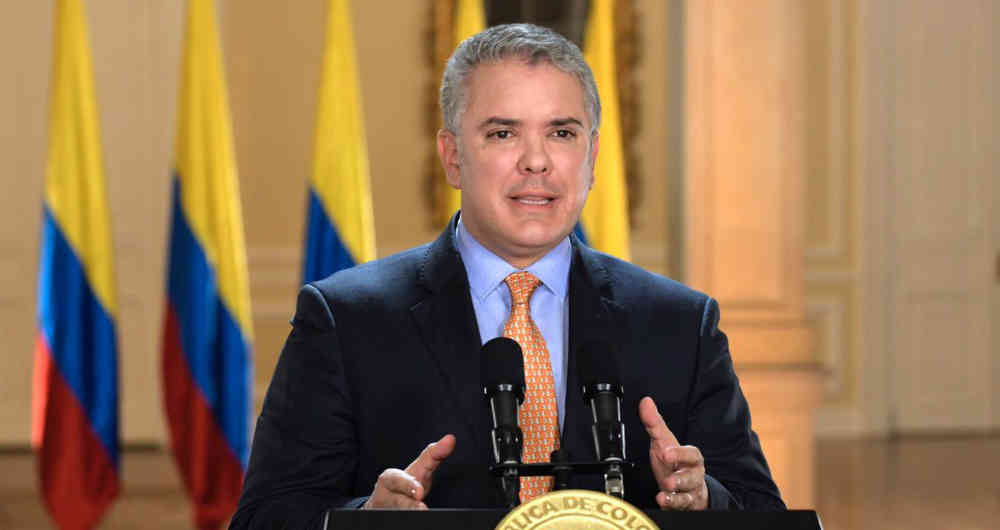 The agreement establishes that US$633mn will be paid to EPM on January 31, in addition to the US$350mn it has already received from the insurer.

"Today Hidroituango, the most important generation project in our history, has been saved," President Iván Duque (pictured) said in a televised address on Friday.

The announcement comes less than a month after Colombia's comptroller general ratified a decision to hold 26 individuals and entities – including the CCC Ituango construction consortium responsible for building Hidroituango – liable for 4.3tn pesos (around US$1.1bn) in losses.

EPM, which is owned by the city of Medellín, had warned that the comptroller's decision would force the company to seek new builders to finish the project.

In October, the company's chairman and Medellín mayor Daniel Quintero said a competitive bidding process to replace CCC Ituango would be held before March.

However, critics have accused Quintero and the comptroller's office of being driven by political and personal motives.

"This process puts an end to unnecessary disputes and quarrels that could lead to the paralysis of the project and the structural impact on the finances of EPM and Medellín, as well as an impact on the country's energy sovereignty," Duque said.

He added that Mapfre's decision meant the current builders could continue with the project and that the existing work schedule would not be impacted.

EPM chief executive Jorge Carrillo said three other insurers would provide another payout of around US$116mn – the balance of the comptroller's penalty not covered by Mapfre.

"This agreement contract shows that ... despite everything that has happened, EPM remains strong and is going to finish the Hidroituango project," Carrillo said.

“After a long technical study, Mapfre has decided to enter into this transaction agreement with EPM, which implies the definitive fulfillment of Colombia's most important insurance claim," said Pablo Andrés Jackson, the head of Mapfre's Colombia division.

Originally due to begin operating in December 2018, Hidroituango has been beset by serious construction problems that became evident in 2018 and led to fears of a socio-environmental catastrophe.

EPM now expects the first turbines to start generating electricity in the second half of 2022, in a best-case scenario.

At full capacity, Hidroituango will generate 13,500GWh/y, enough to meet around 17% of Colombia's electricity demand, according to EPM.