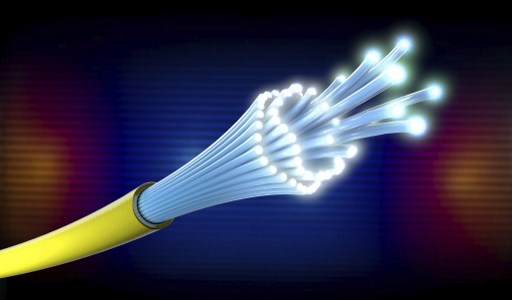 Telecom services integrator Redetel is expanding its business in Central America, leveraging on the intense roll-out of fiber and the upgrade of fixed broadband networks by major telecom operators in Nicaragua, Costa Rica and El Salvador.

“We’re deploying fiber-to-the-home [FTTH] networks to the leading telecom operators in Costa Rica, for example. And we have a higher number of homes passed than what we have in Nicaragua,” Rodolfo Estrada, CEO of Managua-based Grupo Redetel, told BNamericas.

In its projects, Redetel uses fiber developed by Furukawa, Prysmian and Huawei.

In Nicaragua, the deployment for a leading telco is exclusively with Furukawa’s equipment.

Redetel is about to reach 37,500 homes passed with fiber, in the first massive FTTH project by this carrier in the Nicaraguan market, said Estrada, who could not provide the client’s name.

The contract is annual, with the possibility of renewal, he added.

Previously, the telco had been rolling out mostly hybrid fiber coaxial (HFC) cables, also through Redetel. In 2021, the integrator deployed around 100,000 homes passed of such HFC accesses for the company, Estrada said.

The deployment budget for 2023 is currently being drawn up by the client, after which Redetel will know how much fiber it will deploy next year.

“We had expanded in the region on the back of Telefónica. But when Telefónica sold its operations, there were some changes. We decided to leave Panama, for example. The situation was not helped by the pandemic either. But we’re growing strongly and executing FTTH projects in these three core countries,” said Estrada.

The carrier that the executive could not name is Millicom, which in 2019 completed the acquisition of Telefónica’s operations in Nicaragua and has been investing in the upgrade of its HFC network to fiber.

In February, Millicom announced US$1bn capex for Latin America this year and a total of around US$3bn by 2025.

Most of these funds are going to a two-year network modernization and expansion project that is focused on Panama and Nicaragua.

In this market Redetel is in charge of the roll-out of fiber for General International Telecom, the UK-registered private limited company that in January acquired the local operations of Telefónica (Movistar).

Earlier this month, Movistar said it had begun building a 5G-ready network throughout El Salvador, even though spectrum has yet to be made available for the technology. General International Telecom is investing 280mn euros (US$273mn) in this project.

Movistar had around 3mn subscribers in El Salvador at the end of March, level with Tigo (Millicom) and behind Claro (América Móvil) with 3.6mn.

In the Costa Rican market, Liberty (formerly Cabletica) closed the acquisition of Movistar's operations in August 2021.

Cable modem remained the main fixed technology last year, with 629,742 accesses. It was followed by fiber optics with 289,249 lines, more than double the figure registered in 2020, while copper-based accesses amounted to 132,684.

The latest bidding process related to ICT products or services in Latin America.

Nicaraguan farmers want to pay for drones. Will the govt let them?

Want to read more information about How Redetel is growing its fiber deployment business in CentAm?