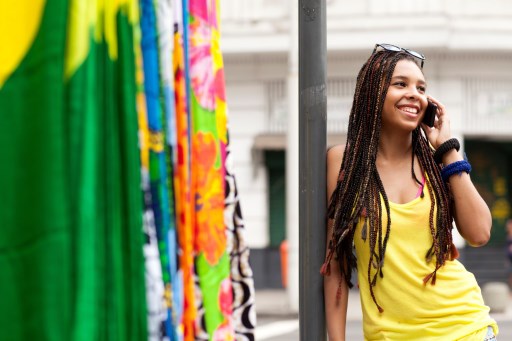 Brazilian telco TIM intends to acquire stakes of up to 30% in so-called unicorns, that is, technology companies that reach market cap of US$1bn.

That was one of several announcements made by the company Monday during TIM Day, annual event in which the operator discusses its long-term strategy and details its investment plan for the next 2-3 years.

The 30% share is similar to TIM's JV with digital bank C6 Bank, which in December reached unicorn status, offering its customer base in exchange for a stake and revenue share.

TIM’s board granted endorsement for new contracts similar to that with C6, Renato Ciuchini, director of strategy and transformation, told the event.

According to Ciuchini, TIM can sign agreements to acquire 10-30% of unicorns.

In the case of C6 Bank, TIM customers who open accounts or use the services of the bank gain a number of benefits. About 1mn C6 accounts were reportedly opened due to offers related to the partnership with TIM last year.

Last month, TIM said the growth of C6's base gave the operator a contractual right to a stake of approximately 1.4% in the digital bank. This participation may continue to grow depending on the achievement of certain goals.

In the case of other unicorns, TIM is targeting agreements with companies in the finance, education, energy, smart cities, health and entertainment verticals, said Ciuchini.

TIM executives, meanwhile, reported that the company has received four formal proposals for the control of its fiber optic network, which is in the process of being spun off to become a wholesale fiber network.

According to CFO Adrian Calaza, the chosen partner should be announced later this month or in the first weeks of April.

The business will focus on building last-mile infrastructure, such as fiber-to-the-home (FTTH). TIM's transport network itself, comprising the backbone and backhaul, will not be involved.

CEO Pietro Labriola also told the event that TIM will not bid for spectrum blocks in the 2.3GHz band, one of the four that will be auctioned by regulator Anatel for 5G.

TIM will also not – and cannot, due to the spectrum cap – make offers for the spectrum leftovers of the 700MHz band.

The mobile spectrum gained from Oi, which is in the process of being acquired by TIM and rivals Telefônica Vivo and Claro, should help the company improve its spectrum holding, argued the CEO.

According to Labriola, the operator will focus solely on the 3.5GHz and 26GHz bands. Regarding the 26GHz band, he said it will be used for backhauling.

Want to read more information about How TIM is looking to ride the Brazil unicorn wave?