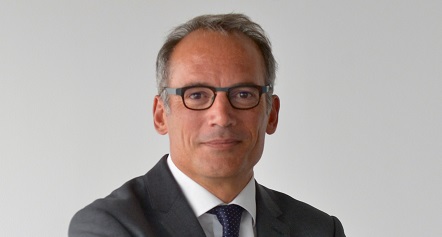 IFC has agreed to finance the acquisition of around 990 electric buses for capital Santiago and is in early-stage loan negotiations with power generator Engie Energía Chile.

“These are the two big things in terms of sustainability,” IFC’s VP for Latin America and Europe, Alfonso García Mora, told BNamericas. “There are other things that we are exploring.”

Overall, IFC aims to deploy and mobilize around US$1bn in financing solutions in Chile next year. García Mora said Chile was economically stronger than many of its regional peers and that the country’s capital market was a key attribute in the sphere of project funding.

Santiago, home to the second-biggest fleet of electric buses in the world after Chinese city Shenzhen, is doubling the number of units to around 1,900 next year. IFC is working with vehicle importer Andes Motor. The total project cost is estimated at US$460mn, according to IFC documents.

Meanwhile, green loan talks with Engie have got underway. The company, aiming to exit coal-fired generation and build some 2.0GW of renewables capacity by end-2025, has environmental licenses for wind, solar PV and battery storage projects, and has others in the permitting phase.

“We’ve just signed a mandate to continue helping Engie Chile to decarbonize, to change the energy mix, decommissioning the coal plants and investing in solar and wind,” García Mora said. “This is coming next year.”

By year-end Engie should have some 800MW of renewables plants in full production. Estimated renewables project capex for 2023-26 is US$1.3bn, corresponding to 1.2GW of capacity, split between wind, solar PV and battery storage, according to a Q3 investor presentation.

IFC-Engie talks center on 382MW of solar PV assets in construction or recently commissioned and the acquisition and development of around 605MW of wind assets.

On the sustainable fuels and feedstock front, IFC is exploring green hydrogen and green ammonia opportunities.

Citing the role of green hydrogen in helping decarbonize various sectors of the economy, García Mora said the fuel should be a priority.

“At IFC, at the World Bank Group, we think that green hydrogen should be one of the big bets for this country,” García Mora said. “It can really change many things globally but it’s also something that can help to support GDP growth of the economy going forward.”

IFC has been active in Chile for 65 years. Since 1957, the US-headquartered multilateral has invested US$4.3bn in more than 170 projects in the sectors of education, financial inclusion, and renewable energy, among others.

Read the full BNamericas interview with Alfonso García next week.