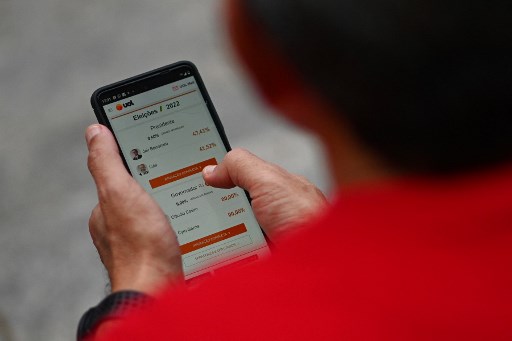 Brazilian investment banks are projecting a tougher scenario for some of the country's biggest telecom operators this year.

Two of them, BTG Pactual and Bradesco BBI, have issued reports in the last few days warning of the more adverse outlook.

"With interest rates expected to remain high in 2023, we don't expect Vivo's [Telefônica Brasil] net income to increase much compared with last year, likely leading it to pay lower dividends in 2023 versus the average of recent years," BTG Pactual analysts wrote in a report focused on Brazil's leading telco.

The bank still forecasts good overall growth in the operator's mobile revenue in the fourth quarter, albeit lower than in 4Q21.

Telefônica Brasil is due to release its 4Q22 financial report on February 16.

In a report last week, analysts at Bradesco BBI said that TIM is expected to face bottom-line pressure in 2023 due to the challenging macroeconomic environment.

Bradesco BBI downgraded TIM’s shares to Neutral from Outperform, while keeping Vivo’s rating at Neutral. The bank had already revised its outlook for Vivo (Telefônica Brasil).

“We're updating our models for TIM and Vivo, incorporating our expectations for 2023. In our view, a more challenging macro scenario should weigh on top-line growth and margins throughout the year, which, along with high interest expenses, will likely pressure the bottom line for the sector,” the report reads.

The bank sees an increase in leverage from their acquisition of Oi’s assets and their 5G capex deployments as being an extra financial pressure for these players.

Warning of the risk of lower earnings for both Vivo and TIM, Bradesco BBI’s analysts said they prefer “to avoid exposure to the sector” and, considering the tech, media and telecoms market (TMT), favor Totvs shares over those of TIM and Vivo.

“All in all, we keep Totvs as our favored pick among our TMT coverage, as the company should be able to sustain double-digit growth in 2023 with lower risks of downward earnings revision,” it added.

This is a view similar to that of Credit Suisse.

In a report published last week, the financial group said it expects Totvs to outperform the technology sector in 2023. According to Credit Suisse analysts, the company should be better shielded from the macroeconomic scenario by having a portfolio of "countercyclical" and robust business lines.

Totvs' financial tech and business performance units are expected to be its main growth drivers this year, whereas the ERP software line, Totvs' core revenue segment, is expected to show lower growth.

In the Bradesco BBI report, the bank's analysts note that TIM’s leverage has increased in the past 12 months with the acquisition of Oi, along with associated leasing obligations. This, added to higher interest rates in Brazil, led the analysts to expect financial expenses to weigh on TIM’s operations in 2023.

In its new forecasts, Bradesco BBI projects that TIM’s capex for full-year 2023 will reach approximately 6.25bn reais, down from 6.45bn reais in its previous estimate, which would be 62.2% lower than the capex the company is expected to report for 2022.

For 2024, Bradesco BBI’s analysts project that TIM’s capex will be approximately 6.53bn reais.

At the time, Fitch's analysts said that the rating incorporated the expectation that TIM would report "solid cash flows from operations (CFFO)" in its upcoming financials, supported by the growth of its postpaid customer base and average revenue per user (ARPU).

Fitch said that, despite market pressures, high competition and pressure on price plans, TIM's net leverage is not expected to grow significantly, remaining below 1.0x. According to the ratings agency's analysis, the company's balance sheet is strong enough to make investments in 5G and integrate Oi's mobile assets.

"Investments in 5G are unlikely to significantly pressure TIM's cash flow, as they are expected to remain between 19% and 22% of net revenue (equivalent to 4.3-4.7bn reais) and be aided by network-sharing agreements with Telefônica Brasil; by Oi's additional spectrum, which requires fewer towers; and by the deconsolidation of the fiber optic infrastructure, following the sale of 51% of I-Systems (formerly FiberCo)."

Fitch also predicts that the number of mobile lines in Brazil will increase by an average of 3% per year in the near future, mainly driven by machine-to-machine (M2M) communication.

The agency also expects similar increases in the numbers of broadband users. On the other hand, fixed telephony and pay TV users are forecast to decline by 7% and 3% per year, respectively.