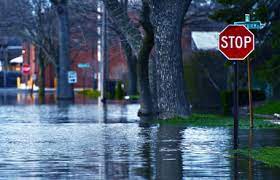 Developing countries, including Latin American ones, will move to put the loss & damage (L&D) item on the agenda of the COP27 climate conference next month.

“This year we have crossed the Rubicon and entered what I call the era of loss and damage from human-induced climate change,” Saleemul Huq, director of think tank ICCCAD told a conference call the World Resources Institute (WRI) organized in preparation of COP27, which will take place November 6-18 in Sharm El Sheikh, Egypt.

L&D refers to climate change-related changes in the environment countries cannot adapt to, such as sea level rise or land degradation. The concept is contentious, as developing countries demand a fund to deal with these impacts, while developed countries are fearing obligations to pay compensation.

Huq emphasized that developing countries are enduring most of the damage created by climate change.

During the UN climate talks in Germany in June, L&D was included as a provisional COP27 agenda item, but all countries should approve its official inclusion right at the start of the conference, Huq said.

“If just one country objects, it won’t be included. So, keep your eyes open for what is going to be an agenda fight at the very beginning,” he said.

When consulted by BNamericas on Latin America’s role, Huq replied that the region has been very vocal in supporting developing nations. “These groups of vulnerable countries work together and work very closely in pushing the loss and damage agenda, and we get a lot of support from Latin America,” he said.

The presidents of Chile and Colombia, Gabriel Boric and Gustavo Petro, have stronger environmentalist leanings than their predecessors and they could push new climate goals at the conference, Juliana Arciniegas, project director at Colombian think tank Transforma, said in response to a question by BNamericas.

But the result of Brazil’s presidential runoff on October 30 will influence these countries’ approaches too. Former president Luiz Inácio Lula da Silva is currently projected to win against incumbent Jair Bolsonaro, while both hold diametrically opposed views on the environment.

“The elections in Brazil will be a determinant of where the region as a whole will be moving during this COP,” Arciniegas said.

The rating agency’s head in Mexico warns the local authorities about the risks of strong monetary tightening and bullish GDP growth forecasts.

Mining companies in Latin America are facing a potential surge in community conflicts amid frustration at a lack of change following the election o...